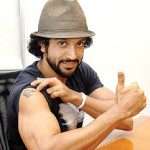 Dil Chahta Hai was directed by Farhan Akhtar and starred Aamir Khan, Saif Ali Khan, Akshaye Khanna, Preity Zinta, Sonali Kulkarni and Dimple Kapadia. Film was made with budget of INR140 million and earned INR910 million at box office. Film tells the story of three childhood friends who start their new life after completion of their college life. First one of them is a businessman who doesn’t believe in love stories and never keeps girl friends more than few weeks. Second one is a romantic person who always tries to find true love in his life, third one is a matured man whose passion is for painting. Rest of the story is about how they fall in love with their true soul mates.

Don was directed by Farhan Akhtar and starred Shah Rukh Khan, Priyanka Chopra, Arjun Rampal, Isha Koppikar and Boman Irani. Film was made with budget of INR350 million and earned INR1.05 billion at box office. Film tells the story of young gangster who runs a drug mafia in Malaysia. Malaysian government seeks the help of Indian police in order to get arrest this drug lord. Indian government sends an efficient senior police officer to chase him down but in a car chase don was accidentally gets killed. Police officer wants to catch the real criminals behind the don and replaces don with looking alike person, he teaches this duplicate don everything about don’s personality, mannerisms, friends, etc. Rest of the story is about breath taking moments of duplicate running behind the criminals.

Zindagi Na Milegi Dobara was directed by Zoya Akhtar and co-starred Hrithik Roshan, Abhay Deol, Katrina Kaif and Kalki Koechlin. Film was made with budget of INR550 million and earned INR1.53 billion at box office. Film tells the story of three best friends meeting after a long time for celebrating bachelor’s party. One of the three is getting married and wants to celebrate their bachelor’s party in a world tour. Now on their journey first one falls in love with a girl who just lives her life in moments, second one always talks to his girl over phone and third one searching for his father.

Don 2 was directed by Farhan Akhtar and starred Shah Rukh Khan, Priyanka Chopra, Lara Dutta and Kunal Kapoor. Film was made with budget of INR750 million and earned INR2.06 billion at box office. Film tells the story of young underworld don who wants to stretch the boundaries of his mafia. In the European drug bosses meeting they realize that the Asian don is cutting their percentage and they decide to eliminate the don. When he goes to pick up a delivery he was framed and escapes. Later he surrenders to Malaysian police and in the prison he escapes with the other inmate. Rest of the story is how don reacts.

Bhaag Milkha Bhaag was directed by Rakeysh Omprakash Mehra and co-starred Sonam Kapoor, Hikaru Ito, Meesha Shafi, Divya Dutta and Prakash Raj. Film was made with the budget of INR300 million and earned INR1.64 billion at box office. Film tells the story of an athlete who dreams about becoming Olympics champion. Film starts with the Partition of India in 1947 and the consequences of partition, which resulted in religious violence in Punjab. He was later selected for Indian army and his running skills were appreciated by his senior officers. Later he takes the athletics seriously and realizes his dream.

Shaadi Ke Side Effects was directed by Saket Chaudhary and co-starred Vidya Balan, Ram Kapoor and Vir Das. Film was made with budget of INR500 million and earned INR700 million at box office. Film tells the story of young couple’s life after marriage. Protagonist wife gets pregnant and delivers a baby girl, though he is reluctant about the pregnancy at the beginning he starts to dedicate for her later. But his mother in law has no hope in him and he seeks his friend’s help for suggestion. His friend gives him an idea to stay in hotel once in a while to enjoy bachelor’s life. He starts living with a careless bachelor in a shared PG. Rest of the story is about how the couple reconcile.