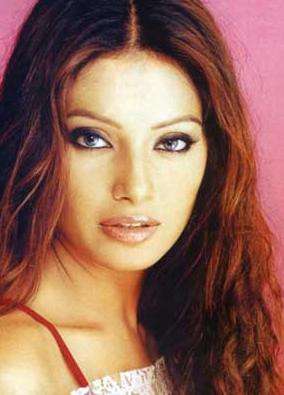 *    She attended ‘Apeejay High School’ in Delhi, during her school days she was very naughty and referred to as ‘Lady Goonda’.

*    Model Mehr Jessia Rampal saw her in a hotel and suggested her to take up modeling as career, she later won “Godrej Cinthol Supermodel Contest” & “Ford Models Supermodel of the World contest” in 1996.

*    After few months of successful career she received several offers from Bollywood filmmakers like Vinod Khanna, J. P. Dutta etc but she declined the offers. She made her film debut with “Ajnabee” in 2001 alongside Akshay Kumar, the film did okey at box office and she even won “Filmfare Award for Best Female Debut” for her performance in the movie.

*    She is fondly called as “Bips” by her fans. She is known for “sex symbol” image in Bollywood.

*    After breaking up with John she was reported to be in a relationship with Shahid Kapoor but both Bipasha and Shahid denied any such relationship.

*    She released a DVD “Love Yourself” advocating physical and mental fitness.

“Well India is a country that is full of hypocrites. We have made sex a taboo and because of that people here crave for sex. Anything to do with sex will attract them no doubt and initially yes, people did go to see that but there is much more in the film rather than sex.”

“No break-up is ever amicable. Otherwise, no one would break up. There are always reasons. Otherwise, there won’t be any break-ups.”

“Diet is a very, very important part of your being. It’s very important to have lots of fruits, vegetables, nuts and if you are a fish-eater, then it’s great. But if you are a vegetarian, then you have to stick to almonds and walnuts…basically it’s about eating good things.”

“I am very confident and never pessimistic. Half the battle is won if you are positive in life. I knew my work will do the talking. As an outsider, my path has been, perhaps, a little more difficult than those of star kids.”

“Guys in the industry take the business so seriously. They put unnecessary pressure on themselves. They will not become globally renowned hallmark actors overnight, that’s not going to happen. Confidence is rather fragile in the men. They have their own baggage and egos and competing with someone else or whatever they are doing. Half their life goes in that.”

“I know if my fans truly love me, they will accept me in any avatar…after all; I am an actor and should explore my genres.”