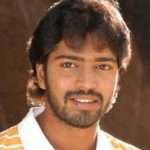 Allari was directed by Ravi Babu and co-starred Swetha Agrawal, Kota Srinivasa Rao,Tanikella Bharani, Chalapathi Rao and Shakeela. The film marked debut for hero Edara Naresh, who from then onwards changed his screen name to Allari Naresh. Film was a commercial hit and due to its popularity it was remade in Tamil was Kurumbu released in 2003.

Thotti Gang was directed by E. V. V. Satyanarayana and co-starred Prabhu Deva,Anita Hassanandani, Sunil, Gajala Brahmanandam and Shakeela. Thotti Gang was inspired from Hollywood movie Saving Silverman released in 2001. Film turned out to be a super hit. Film tells the story of three best friends who provide unique services like marriage band, dog catchers and cremation service. One fine day one of them falls in love with a girl and as a result he was completely involved with her and starts to lose touch with his best friends. Other two friends become jealous of her and plan to fake her death to get their boy back in friendship.

Kithakithalu was directed by EVV Satyanarayana and co-starred Geetha Singh, Madhu Shalini and Jayalalitha. Film was a commercial hit and became second biggest hit of the year first being blockbuster hit Pokiri. Kithakithalu completed 50 days run in 35 centres and 100 daysrun in 9 centres of state. Film tells the story of “nice guy” who filed a case against a girl for attempting to rape him. Subsequently he becomes a police officer and his parents plan to marry him with a rich family so that they can get huge dowry for their daughter marriage. Because of his previous rape case no girl wants to marry him doubting his male potency. Finally his parents find a rich girl and marry their son. After marriage he starts to like other women too and seeks divorce.

Gopi – Goda Meedha Pilli was directed by Janardhana Maharshi and co-starred Gowri Munjal, Jagapathi Babu, Aarti Chhabria, Brahmanandam, Sunil and Vadde Naveen. Film turned out to be a super hit of the year. Film tells the story of young man who rejected around 250 marriage proposals. Accidentally when his friend goes to see a girl for marriage his friend tries to break his marriage and plans to marry her. Meanwhile he goes to Bangalore for job and meets a terrorist girl and falls in love. She plans to use him as human bomb but police find her before anything goes wrong.

Gamyam was directed by Radhakrishna Jagarlamudi and co-starred Sharwanand, Kamalinee Mukherjee, Rao Ramesh and Vijayachander. Film tells the story of young rich man who knows lives a very lavish life and myopic to the miseries of poor people. One day he meets a beautiful doctor and challenges his friends that he will make her fall in love. After persistent efforts he is able to impress her but when she comes to know about his challenge she loses faith in him. The couple meet with an accident and young man was hospitalized, from then he starts his journey of self discovery. Gamyam was remade in Tamil as Kadhalna Summa Illai released in 2009, in Kannada as Savaari released in 2009.

Blade Babji was directed by Devi Prasad and co-starred Sayali Bhagat, Venu Madhav, Brahmanandam and Srinivasa Reddy. Film succeeded at box office and became a hit. Film was inspired from Hollywood film Blue Streak released in 1999. Due to success Blade Babji remade in Kannada as Kiladi Kitty released in 2012. Film tells the story of pickpocketer who decides avidly to make INR 4 crores to save slum dwellers from a builder. He with his friends rob a bank and hide it under a building, but accidentally they landed in a boat which goes to Andaman Islands by the time they came back there was a police story above their buried money.

Bendu Apparao R.M.P was directed by E V V Satyanarayana and co-starred Kamna Jethmalani, Krishna Bhagavaan, Meghana Raj, Ahuti Prasad and Raghubabu. Film became second biggest hit of the year, first being Magadheera. Film tells the story of RMP doctor in a small village who knows nothing about medicine but treats people with his common sense. He is earning money to give his sister’s dowry so that she can live a happy life. One day finds an injured man died giving him INR 15 lakhs asking him to give it to his parents. He couldn’t find his parents and agrees to share the amount to solve their financial problems.

Kathi Kantha Rao was directed by E. V. V. Satyanarayana and co-starred Kamna Jethmalani, Kota Srinivasa Rao, Krishna Bhagavaan, Dharmavarapu Subramanyam and Jeeva. Film was a commercial hit and became a hit of the year. Film tells the story of young police constable who has four sisters and promises his father to take the responsibility of his two unmarried sister’s marriage. But breaking his promise to his father he secretly marries a girl but still tries to do his best to take care of his family.

Aha Naa Pellanta was directed by Veerabhadram and co-starred Ritu Barmecha, Anita Hassanandani, Srihari and Brahmanandam. Movie completed 50 days run in 48 centers and 100 days run in few centres across the state. Film tells the story of young software engineer who by accidentally sleeps with a girl who has two goon brothers. Though he doesn’t love her the brothers force him to marry her.

Seema Tapakai was directed by G.Nageswara Reddy and co-starred Poorna, Sayaji Shinde, Brahmanandam, Jeeva and M. S. Narayana. Film was a commercial hit at box office and due to its success it was remade int Hindi as Ajab Gazabb Love released in 2012. Film tells the story of young millionaire who falls in love with a poor girl and acts as a poor but to win her love. He convinces his parents to act as poor people and at the same time girl’s parents are also very rich but they don’t agree for the marriage as they think boy is poor.

Poraali was directed by Samuthirakani and co-starred M. Sasikumar, Swati, Niveda, Vasundhara Kashyap and Jayaprakash. Movie was a huge commercial hit and remade in Kannada as Yaare Koogadali released in 2012. Film tells the story of two young men who escapes from the capture and meets the love of his life. Film tells the flashback story of both young men.

Sudigadu was directed by Bhimaneni Srinivasa Rao and co-starred Monal Gajjar, Brahmanandam, Ali, M. S. Narayana and Krishna Bhagavaan. Film was made with budget of INR80 million and grossed INR700 million at box office. Film tells the story of baby born with six packs body!! The young baby kills the antagonist’s eldest son by urinating on him and thus they become dead enemies. When the baby grows he becomes a superman who can do miracles like stopping bullets etc.

Yamudiki Mogudu was directed by E. Satti Babu and co-starred Richa Panai, Ramya Krishna, Sayaji Shinde and Naresh. Film tells the story of a guy who was born with the mistake of Lord Brahma and hence he becomes immune to death and disease. He loves mythological dramas and while playing Swayamvaram drama he falls in love with daughter of Lord Yama’s daughter Yamaja. Then the Lord Yama himself comes down to earth to take her back but the young man also reaches Yamalokam.