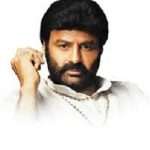 Mangammagari Manavadu was directed by Kodi Ramakrishna and co-starred Bhanumathi Ramakrishna, Suhasini and Gokina Rama Rao. Film was a huge blockbuster hit and its Nandamuri Balakrishna’s first 100 days film. Film celebrated  1000 days run in a theater in Macherla. Film tells the story of young man who is in love with her relative. But girl’s father gets into a bet that if he loses the bet in bull fight he would marry his daughter to antagonist, he loses the bet and commits suicide. Hero was also attacked by the goons and he kills them and runs away from the village. Rest of the story is about his return to village.

Srimadvirat Veerabrahmendra Swami Charitra was directed by N. T. Rama Rao and co-starred N.T. Rama Rao, Rati Agnihotri and Prabha. Film was a commercial hit and completed Silver Jubilee in Andra. Movie is inspired from the real life story of 17th century saint Pothuluri Veerabrahmam. NTR was the Chief Minister of Andhra Pradesh while working for this film.

Lorry Driver was directed by B. Gopal and co-starred Vijayashanti, Sharada and Brahmanandam. Film was a huge commercial hit.

Aditya 369 was directed by Singeetam Srinivasa Rao and co-starred Amrish Puri, Tinnu Anand, Mohini and Tarun Kumar. Film was a box office hit and grosses INR9 crore at box office , creating new record in industry. Film tells the story of hero and heroine getting into the time machine invented by her scientist father. They landed in old time of Krishnadeva Raya’s Empire. Film also revolves around diamond thief who is planning to steal a diamond from museum.

Bhairava Dweepam was directed by Singeetam Srinivasa Rao and co-starred Roja Selvamani, Rambha, Kaikala Satyanarayana and Manorama. Movie was a blockbuster hit of the year. Film won the Nandi Award for Best Feature Film for 1994.

Samarasimha Reddy was directed by B. Gopal and co-starred Simran, Anjala Zhaveri and Jaya Prakash Reddy. Film was made with budget of INR6 Crore and grossed INR30 crores at box office. Movie turned out to be a all time hit of Telugu industry and impressed Indian cinema industry. Film celebrated 100 days run in several centres and 365-day run in one centre. Film tells the story of young man who takes revenge against Rayalaseema don for killing all his family members.

Narasimha Naidu was directed by B. Gopal and co-starred Simran, Preeti Jhangiani and Mukesh Rishi. Film was made with budget of INR8 Crore and grossed INR30 crores at box office. Film tells the story of two neighboring villages hating each other for decades. Both the villages are headed but different personalities, one village head is villain and second village head is father of hero. One day both village people decide to bring permanent solution for the fight and select one member from each village to safeguard the village. Rest of the story is how hero solves the problems amidst his love issues.

Chennakesava Reddy was directed by V.V. Vinayak and co-starred Shriya, Tabu, Chalapathi Rao and Devayani. Film tells the story of young police officer chasing his own father for stopping him from revengeful murders. Film goes flashback where his father was a very kind hearted and generous man who stopped illegal activities of antagonist. Antagonist kills his men and frames hero’s father for false crimes and sends him to jail. Now with the help of another police officer in Tihar Jail his father come out of jail to take revenge. Now it’s a chase between father and son, father always one step ahead of son.

Lakshmi Narasimha was directed by Jayanth C. Paranjee and co-starred Asin, Prakash Raj, K. Viswanath and Krishna Bhagavan. Film was a remake of Tamil blockbuster hit Saamy starring Vikram and Trisha. Film tells the story of young police officer who has his own rules for justice. When posted to the city of antagonist police officer takes bribe and gives it to the victims of his crimes. Hero doesn’t min using illegal tactics to bring down the empire of local goon.

Simha was directed by Boyapati Srinu and co-starred Nayantara, Namitha, Adithya Menon and Sneha Ullal. Movie was made with budget of INR30 crore and grossed INR62 crore at box office. Simha celebrated 50 Days run in 338 Centres and 100 days run in 92 centres of Andra Pradesh. Balakrishna was honored with Nandi Award for his performance in the film. Film tells the story of college lecturer who never tolerates injustice. He is highly respected and feared in the society.

Sri Rama Rajyam was directed by Bapu and co-starred Nayantara, Srikanth, Roja and Akkineni Nageswara Rao. Film was made with INR400 million and grossed INR707 million at box office. Film tells the Hindu epic Ramayana story after the war with Ravan. When Rama comes to Ayodhya he comes to know that his people are talking about Sita’s character, he leaves his pregnant wife in forest. There she gives birth to Lava and Kusa. Rest of story is how Rama takes her back.

Legend was directed by Boyapati Srinu and co-starred Jagapathi Babu, Radhika Apte, Sonal Chauhan and Kalyani. Film was made with budget of INR40 crore and grossed INR60 crore at box office. Movie celebrated 100 days run in 31 centres of the state. Film tells the story of rivalry between two families. Antagonist takes an oath to kill every member of his rival family. When he comes to know that hero who was in Dubai comes to India for his marriage he decides to take the opportunity to kill him. The elder brother of hero “The Legend” comes back to save his family from goons.