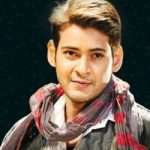 Raja Kumarudu was directed by K. Raghavendra Rao and co-starred Preity Zinta, Krishna, Prakash Raj, Sumalatha and Brahmanandam. Film grossed INR12 crore at box office and completed 100 days in 44 centres of state, went on to become Super Hit. The film marked debut for Mahesh Babu and his acting skills were appreciated by the critics. Film tells the story of young man falling in love with a girl but she rejects him initially. She is impressed by his heroism when he saves her from thugs and falls in love with him. Later he reunites his uncle’s family with his beloved people.

Yuvaraju was directed by Y.V.S Chowdary and co-starred Simran Bagga, Sakshi Shivanand and Farhad Shahnawaz. Film completed 100 days in 34 centres and declared hit. Film tells the story of a man coming to India and falling in love with a girl. When the engagement is arranged the bride comes to know that he was previously in love her friend who was in abroad with him.

Murari was directed by Krishna Vamsi and co-starred Sonali Bendre, Prakash Raj, Lakshmi, Satyanarayana and Dhulipala. Film completed 100 days in 34 centres of state and became blockbuster hit of the year. Film tells the story of young man who comes to know that his family is cursed from the village goddess for their ancestor’s mistake. His marriage was disapproved by his grandmother and then he comes to know about the curse according to which the heirs of the family die every 48 years. He tries to free the family from curse once for all.

Okkadu was directed by Gunasekhar and co-starred Prakash Raj, Bhumika Chawla, Mukesh Rishi, Geetha and Niharika. Film was made with the budget of INR10 crore and grossed INR25 crore at box office. Mahesh Babu won filmfare Best Actor Award for his performance. It was subsequently remade in Tamil as Ghilli starring Vijay, Trisha, Prakash Raj and Ashish Vidyarthi. Film tells the story of a young Kabbadi player who falls in love with a girl who is also loved by a local gangster. Gangster already killed girl’s brothers for refusing his marriage proposal.

Nijam was directed by Teja and co-starred Rakshita, Raasi, Gopichand, Prakash Raj and Ranganath. Mahesh Babu won Nandi Best Actor Award for his performance and also earned nomination for Filmfare Best Actor Award. Film tells the story of underworld don who kills a sincere police officer. The young son of police officer tries to follow the legal system but in vain. Finally he takes revenge against all those who are responsible his father’s death.

Pokiri was directed by Puri Jagannadh and co-starred Ileana D’Cruz, Prakash Raj, Nassar, Ashish Vidyarthi and Brahmanandam. Film was made with budget of INR12 crore and grossed INR36.6 crore at box office. Film became one of the highest grossing film Telugu industry. It completed 175 days in 63 centres all over India, it also run 500 days in Bhagiradha theatre, Kurnool. Film tells the story of young police officer who fights the notorious gangster who killed his father. The gangster has bribed the local police and was running all illegal activities. Corrupt police were also assisting him in escaping legal consequences. Mahesh Babu won Filmfare Best Actor Award for his role. Due to its unprecedented success it was remade in Tamil as Pokkiri released in 2007, in Hindi as Wanted released in 2009, in Kannada as Porki released in 2010.

Athidhi was directed by Surender Reddy and co-starred Amrita Rao, Kota Srinivasa Rao, Ashish Vidyarthi, Nassar, Brahmanandam and Sunil. Film was made with budget of INR20 crore and grossed INR35 crore at box office. Film tells the story of orphan who was framed for murder. After serving his term in prison he comes out and takes revenge against who sent him to jail.

Khaleja was directed by Trivikram Srinivas and co-starred Anushka Shetty, Prakash Raj, Brahmanandam, Sunil and Tanikella Bharani. Film was made with budget of INR35 crore and collected INR500.5 million at box office. Film tells the story of taxi driver who faces several superstitious events in his life. He falls in love with a girl who is known for her bad luck.

Dookudu was directed by Sreenu Vaitla and co-starred Samantha Ruth Prabhu, Brahmanandam, Kota Srinivasa Rao, Vennela Kishore, Prakash Raj and Sonu Sood. Film was made with budget of INR38 crore and collected INR101 crore at box office. Film completed 50 days in 312 centres all over India. Film tells the story of firebrand cop who fights illegal mafia of Mumbai. He is son of idealist politician who was thought to be killed in an accident. The opposition party politician planned to kill him but luckily he survives. Fially the cop tries to take revenge for the injustice done to his family.

Businessman was directed by Puri Jagannadh and co-starred Kajal Aggarwal, Prakash Raj, Nassar, Sayaji Shinde and Raza Murad. Film was made with budget of INR25 crore and collected INR62.9 crore at box office in first week itself. Businessman completed 50 days in 350 centres all over India. Film tells the story of young man who returns from abroad with an intention to become mafia don. At the same time the police were making Special Forces to end gangsters in Mumbai. He forms his own gang by recruiting criminals in city and starts to rule the mafia. He falls in love with daughter of police commissioner and tries to impress her. Mahesh Babu earned nomination for Filmfare Best Actor Award.