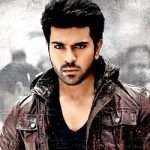 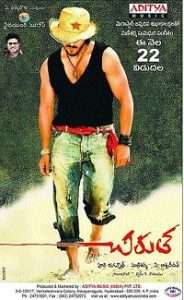 Chirutha was directed by Puri Jagannadh and co-starred Neha Sharma, Prakash Raj, Ashish Vidyarthi, Ali and Brahmanandam. Film was made with budget of INR17 crore and grossed INR30 crore at box office, it completed 100 Days in 40 centres and become super hit. Film tells the story of auto driver witnessing a murder and captures the murderer until police come to the rescue. But unfortunately the gangster’s people break into their house and kill the auto driver. Story revolves around the son of auto driver taking revenge for parents’ death.

Magadheera was directed by S. S. Rajamouli and co-starred Kajal Aggarwal, Dev Gill, Srihari, Sarath Babu and Sunil. Film was made with the budget of INR350 million and collected INR731 million at box office. Ram Charan Teja won filmfare best actor award for his performance. Film tells the story of a prince who takes rebirth to marry the love his previous life. Even in the present life he has to face the opposition of same person who was the reason for his death in previous life.

Racha was directed by Sampath Nandi and co-starred Tamannaah, Mukesh Rishi, Ajmal Ameer and Brahmanandam. Film was made with budget of INR320 million and grossed INR450 million at box office. Film tells the story of a girl who is searching for right man who can save her and her wealth from evil people. On the other hand a young man is searching for opportunity to make enough money to save his father from illness. Though started on bet the couple truly fall in love subsequently. Ram Charan Teja earned nomination for Filmfare best actor award.

Yevadu was directed by Vamsi Paidipally and co-starred Shruti Haasan, Allu Arjun, Amy Jackson, Kajal Aggarwal and Sai Kumar. Film was made with the budget of INR35 crore and collected INR49 crore at box office, becoming one of the biggest hit of year. Film tells the story of young couple falling in love despite the world’s opposition. Local gangster who was madly in love with the girl decides to kill both of them and sends his people for the job. His henchmen kill the girl and stab the young man several times and burn the bus. Luckily he survives and was treated by a plastic surgeon who gives him a different look. He kills each one of them to avenge the death of his love.

Govindudu Andarivadele was directed by Krishna Vamsi and Kajal Aggarwal, Srikanth, Kamalinee Mukherjee, Prakash Raj and Jayasudha. Film was made with the budget of INR300 million and grossed INR416.5 million at box office. Film tells the story of young man trying to make compromise between his father and grandfather. His grandfather builds a charitable hospital for his son but he wanted to go abroad and settle there, by knowing his intentions to leave the country he disowns his son. After 25 years his father tells him the story of grandfather. Son comes to India to see his grandfather but doesn’t disclose his identity.