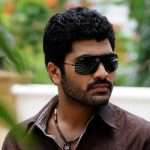 Vennela was directed by Deva Katta and co-starred Raja, Parvati Melton, Ravi Varma and Brahmanandam. Film was made with budget of INR2.9 crore and grossed INR5.3 crore at box office.  Film tells the story of college students spoiling their lives in love. A rich guy falls in love with a girl but after sometime the breaks his heart and goes to USA for higher studies. There she meets a nice guy and they become good friends, but there was another guy who knew about her old lover and decides to take pleasure in bad plan, he calls old lover in India and manipulates the story. Infuriated by the false story he goes to USA and starts torturing her. Finally he was shot by US police and dies.

Amma Cheppindi was directed by Gangaraju Gunnam and co-starred Shriya Reddy, Pavan Malhotra, Suhasini and Gangadhar Panday. Film received very good received from the critics for its new stream of story. Film tells the story of young man whose brain is underdeveloped. Whole township treats him with no respect. His father is a scientist and mother loves him a lot. In the end mentally underdeveloped man helps to save the whole town when people plan to bomb a rocket.

Gamyam was directed by Radhakrishna Jagarlamudi and co-starred Allari Naresh, Kamalinee Mukherjee, Vijayachander and Rao Ramesh. Film became blockbuster hit and was remade in Tamil as Kadhalna Summa Illai released in 2009 and in Kannada as Savaari released in 2009. Film tells the story of young rich man who knows lives a very lavish life and myopic to the miseries of poor people. One day he meets a beautiful doctor and challenges his friends that he will make her fall in love. After persistent efforts he is able to impress her but when she comes to know about his challenge she loses faith in him. The couple meet with an accident and young man was hospitalized, from then he starts his journey of self discovery.

Andari Bandhuvaya was directed by Chandra Siddhartha and co-starred Padma Priya, Vijay Sai, Naresh and Jeeva. Movie has award winning moral story and earned Akkineni Award for best film for 2010. Story was based on popular novel titles Andari Banduvaya. Film tells the story of human values in different cultures, city and village. The hero lives in a small village with his family members leading a very simple life. Heroine visits his village one days and impressed by their life style she decides to change her life forever.

Prasthanam was directed by Deva Katta and co-starred Ruby Parihar, Sai Kumar, Vennela Kishore and Sundeep Kishan. Film was made with the budget of INR 3.5 crores and was a success despite of stiff competition from Simha and Darling released in same month. Film tells the story of man marrying a widow as a promise given to dying man. He has a step son and son, he admires his step son more than any for his virtues but this creates jealous in the heart of his son. The son kills his step sister and her husband as revenge and from there brother become staunch enemies. To the shock hero discovers that his biological was killed by his step father only who just pretends to love him. Film ends in hero killing his step brother and step father shooting himself.

Run Raja Run was directed by Sujeeth and co-starred Seerat Kapoor, Adivi Sesh and Sampath Raj. Film was made with budget of INR5 crore and grossed INR25 crore at box office. Film tells the story of young college student falling in love with daughter of police commissioner. Although he is a police he plans kidnapping ministers and asks hero to kidnap minister for ransom. But hero actually kidnaps his daughter instead of minister, but during this time he comes to know that she doesn’t love him truly. Finally hero exposes corruption of police officer and sends video to media.