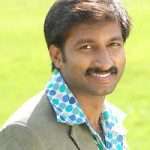 Jayam was directed by Teja and co-starred Nitin , Sadha, Suman Setty and Shakeela. It was Nithin’s debut film and was a huge blockbuster hit at boxoffice. Film was made with budget of INR10 million and earned INR160 million at box office. Film tells the story of college boy falling in love with a girl who was already engaged to her cousin from her childhood days. Her parents decided her marriage with cousin when they were kids. But her cousin is a bad guy with his own henchmen. When their parents come to know about her love story they decide to marry her with cousin as soon as possible. On her marriage day she elopes with her boy friend but they were chased by antagonist and finally defeated by the hero.

Varsham was directed by Sobhan and co-starred Prabhas, Trisha and Prakash Raj. Film was made with budget of INR10 crore and grossed INR22 crore at box office. Varsham was a commercial hit and completed 100 days in 68 centers of state. Due to its popularity it was remade in Tamil as Mazhai released in 2005. Prabhas won Santosham Film Awards Best Young Performer award for his performance. Film tells the story of young couple who accidentally meet in rain, from the beginning whenever the couple meet it rains and the couple fall in love. But girl’s father is a drunkard and ready to give her up for money. Meanwhile antagonist falls in love with her and ready to do anything for her. The couple broke up due to a simple misunderstanding and finally come to know the truth.

Yagnam was directed by A.S. Ravi Kumar Chowdary and co-starred Sameera Banerjee and Prakash Raj. Film was a box office hit and was remade in Tamil as Mannin Maindhan released in 2005. Film tells the story of young man who is right hand of a factionist. There are two rival groups in area which lead to frequent fights between them resulting in numerous casualties. The young man falls in love with daughter of his boss and when his boss comes to know this he tried to kill his own loyalist. Rest of the story is how he takes revenge against by uniting his gang to teach their boss a lesson.

Ranam was directed by Amma Rajasekhar and co-starred Kamna Jethmalani and Biju Menon. Ranam was a huge box office hit and was remade in Kannada as Bhadra and Oriya as Mahanayak. The film celebrated 100-days run in 24 centres of Andra Pradesh. Film tells the story of college student who falls in love with sister of a gangster. Accidentally he involves with the members of gangsters and rest of story is how he plays smart with the antagonist to get his love.

Lakshyam was directed by Srivass and co-starred Jagapati Babu, Anushka, Yashpal Sharma, Brahmanandam, Ashish Vidyarthi and Kota Srinivasa Rao. Film was a commercial hit and celebrated 100 days run in the state. Film tells the story of college student who tries to solve the problems of his elder brother who is a police officer. Antagonist is a notorious criminal known for violent land mafia deals killing everyone coming on his way. Antagonist borrowed INR100 crores loan from a bank and kills bank chairman to avoid repayment but the blame was put on the brother of hero.

Golimaar was directed by Puri Jagannadh and co-starred Priyamani, Roja Selvamani, Nassar and Prakash Raj. Film was made with budget of INR10 crores and grossed INR25 crores at box office, completing 50 days run in 79 centres of the state. Film tells the story of an orphan who dreamt about becoming police officer. After studying at night schools he becomes a police officer. He is a firebrand sincere officer who killed many dons within few days of his appointment. Appreciating his skills he was appointed as Encounter Specialist to end the two notaries gangsters in the city. Rest of the story is about how he faces the new problems.

Sahasam was directed by Chandra Sekhar Yeleti and co-starred Taapsee Pannu, Shakti Kapoor, Suman and Adivi Sesh. Film was made with the budget of INR30 crore and became a huge blockbuster hit. Film tells the story of young man who is very poor and working hard to make his both ends meet. He started his career as security guard and was fired for a simple reason. He subsequently faces terrorists who were in India seeking hidden treasure of King Kanishka.

Loukyam was directed by Sriwass and co-starred Rakul Preet Singh, Brahmanandam, Hamsa Nandini, Mukesh Rishi and Chandra Mohan. Film was a commercial hit and grossed INR21.55 crore at box office. Film tells the story of a young man who falls in love with a girl. He is a very smart man having solution for every problem but now he has to face his girl’s brother. Rest of the film is about how he diplomatically solves the problems to get his girl.