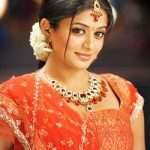 Pellaina Kothalo was directed by Madan and co-starred Jagapati Babu, Raju Sundaram, Kota Srinivasa Rao, Brahmanandam and Sunil. Film tells the story of a software engineer who is married under the pressure of his parents. His lawyer friend advises him on marital life, he tells him not to lose control over her. Hero’s wife is also a software engineer who gets the same salary as her husband. Her friend advises her not to lose control over her husband. Rest of story is how their ego leads to their marriage failure and how they realize their mistakes.

Paruthiveeran was directed by Ameer Sultan and co-starred Karthi, Saravanan, Ponvannan and Ganja Karuppu. Film was made with budget of INR1.4 crore and grossed INR15 crore at box office. Film tells the story of village guy who is frequently arrested for petty offences. His ambition is get much recognition as a criminal and be put into Madras Jail. He falls in love with girl but her father is against their marriage. When her parents go against their marriage and fix her marriage with another guy. The girl decides to run away from house but was kidnapped and raped by four people. Girl’s father thinks that hero has killed his daughter and kills the hero.

Yamadonga was directed by S.S. Rajamouli and co-starred Jr. NTR, Mohan Babu, Mamta Mohandas and Kushboo. Film was made with budget of INR245 million and grossed INR420 million at box office. Movie celebrated 100 days run in 92 centres of Andra Pradesh. Film tells the story of a thief who is ready to do anything for quick money. He cheats people by his smart tricks. Once he sees on tv that rich daughter of landlord is missing and he makes deal with the villains that he will hand over the girl for huge sum of money. Girl is innocent and her relatives kept her alive for her money, without knowing this he takes the girl to villains and he was killed by villains. Rest of story is how he reaches Yamaloka and comes back to earth to take revenge.

Malaikottai was directed by Boopathy Pandian and co-starred Vishal, Ashish Vidyarthi, Urvasi and Devaraj. Film was made with budget of INR10 crore and grossed INR45 crore at box office. Film tells the story of young man who enjoys singing, once he involves in a fight with local goons and was arrested by police. He was released on bail but he must sign Tiruchi police station register daily. He falls in love with a girl and ends up in fighting with villain while saving his girl.

Puthiya Mukham was directed by Diphan and co-starred Prithviraj, Bala, Oviya and Meera Nandan. Film tells the story of young college guy who accidentally comes between couple without any knowledge. Villain attacks hero in college hostel and due to head injury he loses his sanity and acts violently. Due to his violent nature his previous marriage proposal was cancelled. But after the incident he becomes super hero with dare devil courage, when he comes back to college he was again attacked by goons, this time hero beats them miserably. Rest of the story is how he wins heroine.

Ninaithale Inikkum was directed by G. N. R. Kumaravelan and co-starred Prithviraj Sukumaran, Shakthi Vasudevan, Karthik Kumar, Anuja Iyer and K. Bhagyaraj. Film was a commercial hit and earned INR13 crore at box office. Film tells the story of three college students. They are very best friends and never ready to give up their friends at any cost. Rest of the story is how their small mistakes lead to the death of their beloved one.

Golimaar was directed by Puri Jagannadh and co-starred Gopichand, Roja Selvamani and Nassar. Film was made with budget of INR10 crores and earned INR25 crores at box office. Film was a commercial hit and celebrated 50 days run in 79 centres of Andra Pradesh. Film tells the story of an orphan who through his hard work realizes his dreams of becoming police officer. He is a firebrand officer and kills goons mercilessly and becomes encounter specialist. But he was framed by his senior officials to kill their rivals in mafia and after knowing this hero swears to kill his senior officers as a gangster. Rest of story is how he takes revenge.

Raavanan was directed by Mani Ratnam and co-starred Vikram, Prithviraj, Aishwarya Rai, Karthik and Prabhu. Film tells the story of INR35 crore and grossed INR65 crore at box office. Film story is inspired from epic Ramayan and tells the story of tribal leader who kidnaps the wife of police officer as a revenge for his sister’s death. She was tortured by police and gang raped by police. After her death tribal leader kidnaps the wife of police officer as revenge. Rest of the story is about the chase between two.

Ragada was directed by Veeru Potla and co-starred Nagarjuna Akkineni, Anushka Shetty, Pradeep Rawat, Brahmanandam and Kota Srinivasa Rao. Film tells the story of young man joining mafia don to defeat his rival don. His rival don is a notorious man known for his mafia all over state. Hero kills his best three men one by one and making villain weaker day by day. In flashback it was shown that hero entered underworld in order to save a charitable hospital which needs INR 72 crores for running. Rest of story is how he succeeds in cleaning mafia and saving hospital.

Vishnuvardhana was directed by P. Kumar and co-starred Sudeep, Bhavana Menon, Sonu Sood and Dwarakish. Film became blockbuster hit and earned INR160 million at box office. Title of the film was strong opposed by some groups led by Dr.Vishnuvardhan’s wife Dr.Bharathi and finally it was altered as Only Vishnuvardhana. Movie was a blockbuster hit of the year in Kannada industry and subsequently remade in other languages.