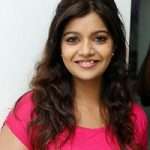 Swathi Reddy was born on 9th April 1987 in Vladivostok, Russia. Her birth name was Svetlana but later she changed her name to Swathi. Her parents moved to several cities in India including Mumbai, Visakhapatnam, Hyderabad etc. Hence she had an opportunity of knowing many cultures. She attended St. Mary’s College in Yousufguda, she holds Bachelor’s degree in biotechnology.

She started her television career when she was just 17 years by hosting a show on Maa TV. She gained popularity during the show and worked for over 150 episodes of show. Her film career was started in 2005 in supporting role with Danger co-starring Allari Naresh and Sairam Shankar. Her debut movie in lead role was in 2008 Tamil film Subramaniapuram opposite Jai, the movie was a huge commercial hit.

She was born to Siva Rama Krishna, Indian Navy officer and Indira Devi, a house wife.

She has an elder brother named Siddharth.