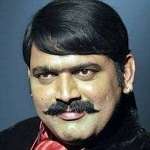 Makarand Anaspure was born 22nd July 1973 Aurangabad, Maharashtra state. He is a popular for his comedy roles in Marathi cinema. He also appeared in few Bollywood movies and Television serials. Hindi actor Nana Patekar had great influence on him and he is good friend of him. Makarand Anaspure is known for his unique Marathwada accent of Marathi language, he gained popularity after appearing in Marathi movie Kay Dyache Bola released in 2005 co-starring Sachin Khedekar, Mohan Agashe, Arun Nalawade and Nirmiti Sawant.

He is married to Shilpa Anaspure and the couple have a daughter Usha Anaspure. 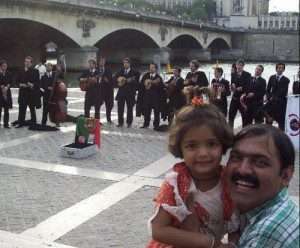