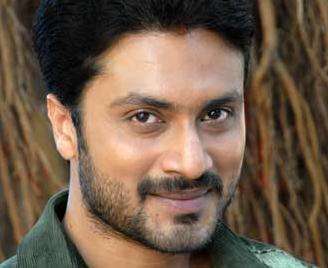 *    His father Rajendra Singh Babu is a well known film director who worked for Hindi and Kannada cinemas.

*    Aditya attended Schools in Mysore and later moved to Bangalore to study at “St.Joseph’s College of Arts and Science”.

*    He started his career as a model and walked in several ramps as a model during his 20’s. For some time Aditya also produced some of his father’s films.

*    After few years of working as a model Aditya gained interest in acting and joined “Kishore Namith Kapoor Acting School” to learn acting under the professionals.

*    Aditya made his film debut with “Love” in 2004 alongside Rakshita, Mohan Lal and Amrish Puri, the film was directed by his father Rajendra Singh Babu and Bollywood legend Anu Malik composed the music. Despite of at most care regarding special photo shoot, music, script, location etc the film failed to do well at box office.

*    His subsequent film “Deadly Soma” alongside Rakshita, Devaraj and Avinash was a huge hit in 2005, the film was directed by Ravi Srivatsa, the story was based on real life of Bangalore rowdy deadly Soma. He gained stardom after the success of “Deadly Soma”.

“I am doing action films only to satisfy my fans. I also feel that action films have a minimum guarantee at the box office while making a love story is a gamble.”

“Kollywood was always on my mind and I was only waiting for a good break. Rajini sir is my idol and he too began through negative roles.”

“Bad boys seem to be in demand and it looks like playing a baddie is the ‘in’ thing right now! This apart, as an actor, I feel the constant urge to experiment.”