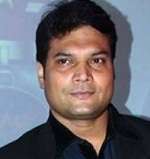 Dayanand Chandrashekhar Shetty was born into Tulu speaking Bunt family on 11th December 1969 in Katapadi, Udupi District, Karnataka state. He earned his graduation in B.com from Rizvi College, Bandra. During his school and college days he was a discus thrower and won several prizes in 1994.He started his career as an actor through theatre plays, he earned best actor award for his first play itself. He subsequently auditioned for popular CID Television serial and was selected for the role of Senior Inspector Daya. He gained popularity after successful TV show CID and appeared in several plays, TV commercials and Bollywood films. In 2002 he was voted as the best looking guy by Indian Television.

He was born to Chandra Prakash Shetty and Uma Shetty.

He has two sisters.

He is married to Smitha Shetty and the couple gave birth to a daughter named Viva.