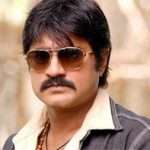 Meka Srikanth was born on 23rd Mar 1968 in Gangavathi, Karnataka. He is one among the most talented actors in the industry, he was honoured with two Nandi Awards. He attended CSI College in Dharwad, Karnataka earning bachelor degree in commerce. He later did the film diploma from film institute in order to learn films basics thoroughly. During his early film career he did numerous supporting roles. His major breakthrough in his career was with Taj Mahal alongside Monica Bedi and Sanghavi in 2005. His career took big break after initial commercial hits like Vinodam, Egirey Pavurama, Maa Nannaki Pelli, Shankar Dada M.B.B.S. etc.

Srikanth was born to Parameswara Rao and Jhansi Lakshmi.

He has a brother named Anil Kumar.

He has a Sister named Uma Maheswari

Meka Srikanth is married to Sivaranjani, an actress who is also called as Ooha. She made her film debut with Mr. Karthik in 1990. The couple gave birth to three children Roshan and Rohan, sons and Medha, a daughter. 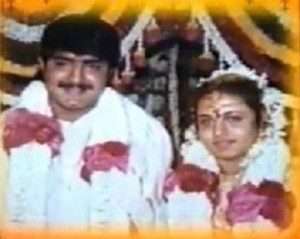