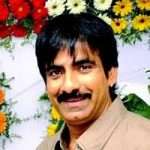 Tollywood star Ravi Teja was born on 26th January 1968 in Jaggampeta village, Andhra Pradesh. His birth name is Ravi Shankar Raju Bhupatiraju, but he preferred to use Ravi Teja as his screen name. Due to his work his father Raj Gopal Raju had to move to several places and hence Ravi Teja had to spend his childhood in many places including Jaipur, Delhi, Mumbai, Bhopal etc. He attended N.S.M. public school and Siddhartha Degree College. He holds Bachelors degree in arts.

After completion of his education he moved to Chennai to pursue his childhood dreams in films. Initially he struggled a lot go get even a small roles in films, he did supporting roles in films like  Karthavyam, Chaitanya, Aaj Ka Goonda Raj etc. He started to focus on film direction and worked as an assistant director for Hindi and Telugu movies. Director Krishna Vamsi gave him an opportunity to act in his film Sindhooram in 1997 as a lead, the film was huge hit and won National Award. It was the turning point of his career and from there he never turned back. His biggest commercial hits came in 2002 with Avunu Valliddaru Ista Paddaru opposite Kalyani and Prasanna, Idiot with Rakshita, Khadgam with Srikanth, Prakash Raj and Sonali Bendre. He subsequently delivered blockbusters like   Amma Nanna O Tamila Ammayi with Asin, Dongodu, with Kalyani , Veede opposite Aarthi Agarwal,  Naa Autograph, opposite Gopika and Bhumika Chawla,  Bhadra with Meera Jasmine, Bhageeratha, alongside Shriya Saran, Vikramarkudu opposite Anushka Shetty, Dubai Seenu with Nayantara, Krishna opposite Trisha Krishnan etc. In 2013 he worked for commercial hit Balupu opposite Shruti Haasan & Anjali.

He was born to Rajya Lakshmi Bhupatiraju, a homemaker and Raj Gopal Raju, a pharmacist.

He has two younger brothers named Bharath and Raghu, who are also actors. 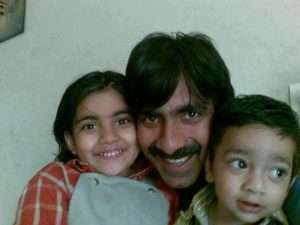