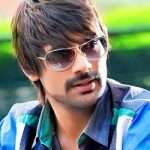 Happy Days was directed by Sekhar Kammula and co-starred Tamanna Bhatia »”>Tamanna Bhatia, Nikhil Siddharth and Sonia Deepti. Film was remade in Tamil as Inidhu Inidhu released in 2010. Film was made with budget of INR20 million and collected INR250 million at box office, becoming super hit of the year. Film tells the story of eight engineering college friends facing bullying seniors and strict professors. Cinema has love, betrayal, sacrifice etc of real college life. It’s a journey of friends where they grow together as real friends.

Kotha Bangaru Lokam was directed by Srikanth Addala and co-starred Shweta Prasad, Prakash Raj, Rao Ramesh and Brahmanandam. Film was a blockbuster hit of year and completed 100 days run all over the state. Film tells the story of middle class guy falling in love with a rich girl while studying in college. He starts dreaming about his girl friend during day time instead of studying. The parents of both girl and boy meet each other to discuss their relationship. One tragic day boy’s father dies and girl leaves her parents to live with him, unfortunately they were separated for years from that point of time to know resolve their misunderstandings.

Yemaindi Ee Vela was directed by Sampath Nandi and co-starred Nisha Aggarwal, Nisha Shah, M. S. Narayana, Shashank and Vennela Kishore. It was a commercial success and completed 50 Days in 32 Centers all over state. Film tells the story of young couple who were divorced immediately after marriage due to misunderstandings. Both of them are marrying different people in a very short time and on their journey they meet two people and they start telling about their first marriage. By the time they finish their story they come to know how much they love each other and with the consent of their parents they decide to live together for rest of their life.

D for Dopidi was directed by Siraj Kall and co-starred Sundeep Kishan, Naveen,Rakesh and Melanie Kannokada. Film was made with budget of INR25 million and grossed INR25 million at box office. Film tells the story of four young people having financial problem trying to solve individually. But one day they decide to rob a bank and make detailed plan of each moment at bank. To their shock when they reach the bank they were confronted by another group of robbers.