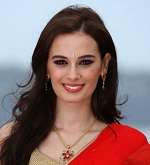 Evelyn Lakshmi Sharma was born on 12th July 1986 in Frankfurt, Germany. She holds Bachelor’s degree in Business Management. She knows several languages including Hindi, English, French, Thai, Russian, Dutch, Spanish and Tagalog. After completion of her education she started her career as a model and worked for few cosmetic brands in London. She started her career as an actress in 2006 through British film “Turn Left” playing a small role.

She was born to Ralph Sharma and Madhavi. Her mother Madhavi is an Indian actress who appeared in over 300 films including Malayalam, Tamil, Kannada, Telugu, Hindi, Oriya and Bengali languages. Her parents had a common spiritual teacher ‘Swami Rama’ who arranged their marriage. Ralph Sharma is a pharmaceutical businessman. 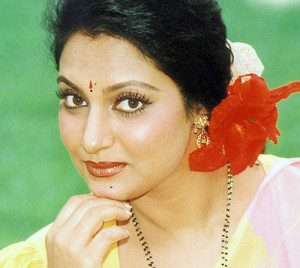 She has two sister named Tiffany Sharma and Priscilla Sharma.