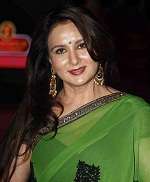 Poonam Dhillon was born on 18th April 1962 in Kanpur, India. She attended Carmel Convent High School in Chandigarh. She came to lime light after being crowned Miss Young India 1978 at the age of 16 years. Bollywood film maker Yash Chopra offered her a small role in his film Trishul released in 1978. Her second film Noorie released in 1979 was a blockbuster hit and established her in the industry firmly, she received nomination for Filmfare Best Actress Award for her role in the film. In lead roles she appeared in more than 90 Bollywood films and known for her pair with Rajesh Khanna.

Apart from films she is also active in TV shows and appeared in shows like Kittie Party, Ekk Nayi Pehchaan, Comedy nights with kapil etc. In 2009 she entered television reality show season 3 of Bigg Boss as a participant and was a runner-up.

She was married to film maker Ashok Thakeria and the couple gave birth to a son named Anmol and a daughter named Paloma. The couple got divorce in 1997.

She was born to Amrik Singh, an aeronautical engineer and Gurcharan Kaur, a school Principal.

Her brother Baljinder Singh Dhillon who was a practicing doctor died of cardiac arrest in 2014.

She has a sister named Dr. Rishma Dhillon-Pai , a gynecologist practising in Bombay. 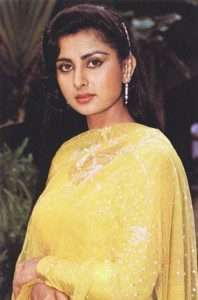 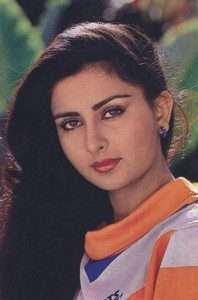