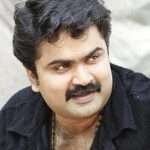 Anoop Menon was born on 3rd August 1977 in Kozhikode, India and brought up in Trivandrum. He is an actor, writer and lyricist who mainly works in Malayalam film industry. He earned his bachelor degree in law from Government Law College, Kerala university. He was a very bright student since from the beginning and first rank holder from Kerala university. He started his acting career with Malayalam TV serials and gained popularity after shows like Swapnam and Megham aired on Asianet channel. Anoop Menon’s movie debut was with Kattuchembakam in 2002 opposite Jayasurya, Charmy Kaur and Karthika Mathew. Anoop Menon  ventured into screenwriting with movie Pakal Nakshatrangal in 2008 starring Mohanlal, Murali, Suresh Gopi and Lakshmi Gopalaswamy. He got big break in acting after Thirakkatha in 2008 opposite Prithviraj and Priyamani, film loosely based on Kamal Hassan’s life. Anoop Menon made his debut as a lyricist with Beautiful in 2011 starring himself, Jayasurya and Meghana Raj, he won Best Lyricist award for “Mazhaneerthullikal”

He was born to Indira and P. Gangadharan Nair in Kozhikode.

Actress Shweta Menon is his cousin. She was born on 23rd April 1974 in Chandigarh, India. She is an actress, model and TV presenter who worked for both Malayalam and Bollywood film industries. She made her film debut with Anaswaram in 1991 starring Mammootty and Innocent. She is married to Sreevalsan Menon and the couple have a daughter named Sabaina Menon. 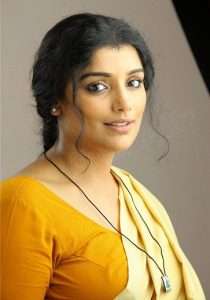