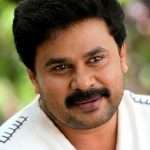 Dileep was born on 27th October 1968 in Aluva, Kerala state, India. He is actor, singer and film producer. His birth name was Gopalakrishnan Padmanabhan Pillai and he prefers to use Dileep as his screen name for his films. He attended VVBHS high school, Aluva U.C. College and Maharajas College in Ernakulam. After completion of his education he decided to take his mimicry skills seriously and joined Kalabhavan, as a mimicry artist. He later appeared in comedy show Comi cola aired on Asianet. He started his film career as an assistant director to Kamal. Dileep made his acting debut in a small role with Ennodu Ishtam Koodamo in 1992 alongside Mukesh, Madhoo and J. D. Chakravarthy. His first major role was with Manathe Kottaram in 1994 opposite Harisree Ashokan, Nadirsha and Indrans. It was from this movie he started using his character name Dileep as his screen name. He earned his first Filmfare Best Actor Award for his movie Meesa Madhavan in 2002 opposite Jagathy Sreekumar, Kavya Madhavan and Indrajith. He started a production house named Graand Production in 2003 and his first film as a producer was C.I.D. Moosa in 2003 starring himself, Bhavana, Jagathy Sreekumar, Ashish Vidyarthi and Cochin Haneefa. He is a very good singer and made his debut as a singer with Chandranudikkunna Dikkil in 1999. His subsequent production movie Twenty:20 in 2008 starring Mammootty, Suresh Gopi, Mohanlal and Jayaram was the highest grossing movie of the year.

His was born to Padmanabhan Pillai and Sarojam Pillai. His father died in 2008.

Dileep married Malayalam actress Manju Warrier on 20th October 1998. Manju Warrier was born on 1st November 1978 in Nagercoil, Tamil Nadu. She made her film debut with Sakshyam in 1995 opposite Murali, Gauthami and Suresh Gopi. The couple gave birth to a daughter named Meenakshi. Due to irreconcilable differences the couple filed for divorce in July 2014. 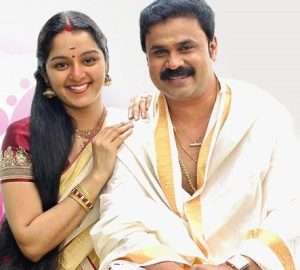 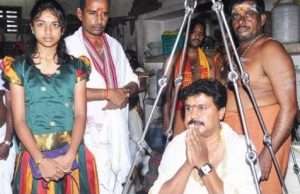 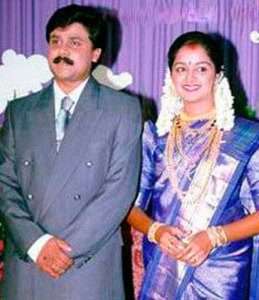 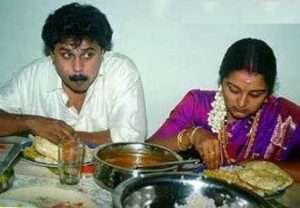 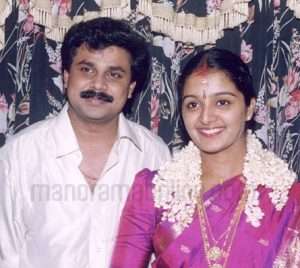