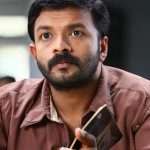 Jayasurya was born on 30st August 1978 in Thrippunithura, Kochi. He is an actor, producer, singer and comedian. He started his career as an anchor in Malayalam TV shows. He gained statewide popularity after his ‘Jagathy Vs Jagathy’ show aired on Surya TV. He appeared in few films as a supporting artist. His acting debut with a major role was Oomappenninu Uriyadappayyan in 2002 opposite Indrajith, Kavya Madhavan and Saikumar, the film did well at box office. He made his Tamil movie debut with En Mana Vanil  in 2002 opposite Kavya Madhavan and Vadivelu. He is a very good singer and made his singing debut with movie Immini Nalloraal in 2005 by singing “Komalavali”. Jayasurya ventured into film production with Punyalan Agarbattis in 2013 starring himself with Nyla Usha, Rachana Narayanankutty, Aju Varghese and Innocent, the was a huge commercial success of the year.

He was born to Mani and Thankam.

Jayasurya dated his girlfriend Saritha for several years before marrying her on 31stb January 2004. The couple gave birth to a son named Adwaith born on 14th January 2006 and a daughter Veda named born on 30th December 2011. 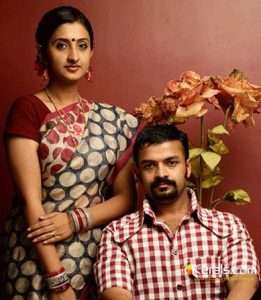 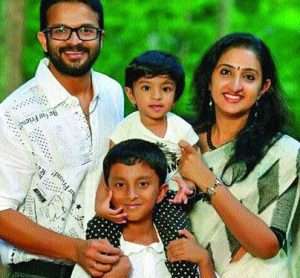 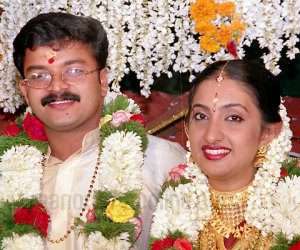