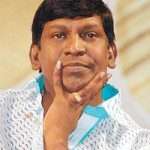 Vadivelu was born on 10th October 1960 in Madurai, Tamil Nadu state. He is popularly known as “Vaigai Puyal” among his fans. He started his career working in a small shop dealing with photos frames and glasses where he used to earn few hundred rupees in a month. He was discovered by film maker Rajkiran. His career took big break after his blockbuster hit Kadhalan co-starring Prabhu Deva, Nagma, Raghuvaran and Girish Karnad.

He is married to Sarojini Vadivelu and the couple gave birth to four children, a daughter named Kavya and two sons named Subramaniam and Manoj. 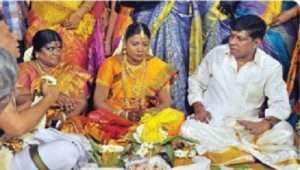