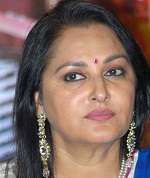 Jaya Prada was born on 3rd April 1962 in Rajahmundry, Andhra Pradesh state. She never thought of becoming an actress but dreamt of becoming a doctor and accidentally landed in films. She started to learn dance and music at an early age. She used to perform dance at her school functions and she was offered a role in film by a director who happens to watch her dance on her school’s annual day. She made her acting debut in 1974 through Telugu film Bhoomi Kosam playing a small dancing role, she received remuneration of just 10 rupees for her role.

Jaya Prada subsequently appeared in commercial hits like Anthuleni Katha, Siri Siri Muvva, Sita Kalyanam and Adavi Ramudu, these films turned out to be major breakthrough in her career. She established herself as a successful versatile actress in South Indian film industry.

Apart from films she is also involved in politics, she entered politics in 1994 through Telugu Desam Party. But following differences with N. Chandrababu Naidu she left TDP and joined Samajwadi Party in 2004. She contested for General election in 2004 from Rampur parliamentary constituency in UP and won the election by margin of 85000. But in 2010 she was expelled from Samajwadi Party for allegedly involving in anti-party activities.

Since her entry to films she appeared in several languages including Telugu, Tamil, Kannada, Malayalam, Hindi, Bengali, and Marathi films. She holds record of appearing in more than 300 films in India and was honored with Filmfare Lifetime Achievement Award in 2007.

She was born to Krishna Rao, a film financier and Neelaveni, a house maker.

She has a brother named Rajababu.

Jaya Prada is married to film producer Srikant Nahata since 1986. Their marriage stirred a controversy since Srikant Nahata was already married to Chandra and had three children out of their wedlock. He didn’t get divorce before marrying Jaya Prada and as of today Jaya Prada has no children. 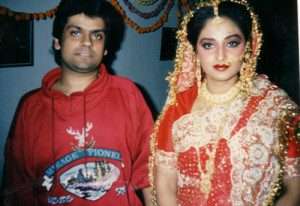