Kavita Kaushik was born on 15th February 1981 into a middle-class family in Delhi , India. She started her career as a fashion model and hosted several events before making her acting debut. She auditioned for Tele serial Kutumb in 2001 and moved to Mumbai to start her TV career. She subsequently appeared in major soap operas like Kahaani Ghar Ghar Kii, Kumkum, C.I.D., etc. She gained popularity after appearing in Television show F.I.R. playing the role of Chandramukhi Chautala and earned more than 50 awards for her performance in the show.

She was born to Dinesh Chandra Kaushik, a former CRPF officer. Her mother is a house maker. 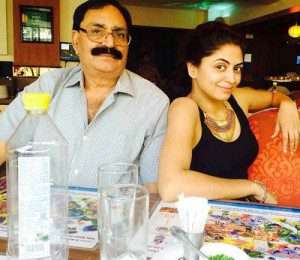