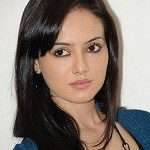 Sana Khan was born on 21st August 1987 in Mumbai, Maharashtra state. She was born and brought up in Mumbai. She did her schooling in Mumbai and discontinued further studies after 12th grade. She started her modeling career the the very early age as a teen model.

She made her movie debut in 2005 through Hindi film Yehi Hai High Society, a low budget film. Her first major work was in 2008 in Telugu movie Silambattam co-starring Silambarasan, Prabhu and Sneha. She subsequently appeared in commercial hits like Jai Ho co-starring Salman Khan, Tabu, Danny Denzongpa and Daisy Shah, among other films.

Apart from films she is also actively involved in numerous television commercials. She endorsed numerous reputed brands like Secret Temptation, Yatra.com, Amul Macho, etc. Her TV commercial Amul Macho underwear “YEH TO BADA TOYING HAI …” created controversy all over India because of its sex appeal and finally it was banned by the central Government. Because of its publicity the company again hired Sana Khan for Amul Macho’s sequel commercial which was released in 2008.

She gained popularity after participating in reality show Bigg Boss Season 6 in 2012. At the end of the show she stood third in the show. She was really happy with the show results as she did not expect to gain such success. She subsequently appeared in shows like Bigg Boss Halla Bol! and Fear Factor: Khatron Ke Khiladi in 2015.

She was born to Malayali father and Marathi mother Saeeda. Her family isn’t involved in any film business but still her mother Saeeda supported Sana Khan from the beginning and Sana claims her mother to be her biggest moral support in her life. 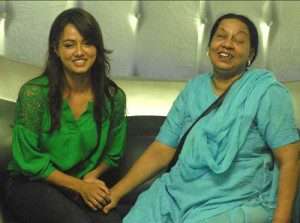