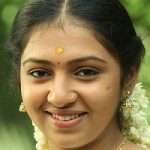 Lakshmi Menon was born in Malayali family on 19th May 1996 in Kochi, Kerala State. She attended Munshi Vidyashram in Kochi. She is a well trained classical dancer. She performed on numerous stage shows. Malayalam director Vinayan saw her dance performance and offered her a role in his film Raghuvinte Swantham Raziya released in 2011. Her first blockbuster hit was Sundarapandian in 2012 co-starring M. Sasikumar and Vijay Sethupathi, she won Vikatan Best Debut Actress Award for her performance in the film.

She was born to Ramakrishnan, an artist and Usha Menon, a dance teacher.