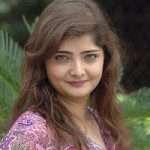 Vasundhara Das was born into a Tamil Hebbar Iyengar Brahmin family on 27th October 1977 in Bangalore, Karnataka. She is a singer, actress, composer, songwriter, speaker and environmentalist. She attended Cluny Convent High School, Sri Vidya Mandir and Mount Carmel College, all in Bangalore. She majored in Economics, Statistics and Mathematics. She was trained under experts like grandmother Indira Das, Lalita Kaikini and Pandit Parameshwar Hegde. Since her college days itself she was a lead singer of a girl band. She can speak several languages including Kannada, Tamil, Hindi, Malayalam, Spanish, English etc.

Vasundhara Das made her acting debut with Hey Ram in 1999 opposite Kamal Hassan. Her second film was Bollywood hit Monsoon Wedding directed by Mira Nair and co-starred Naseeruddin Shah, Lillete Dubey and Shefali Shah. As far as music career is concerned she worked with Bollywood legends like A.R. Rahman, Vishal-Shekhar, Shankar-Ehsaan-Loy etc. Currently she is focusing on her Bangalore based studio called THE ACTIVE.

Her father Kishen Das is a CEO in an MNC and her mother Nirmala Das is a scientist with the Indian Institute of Science. 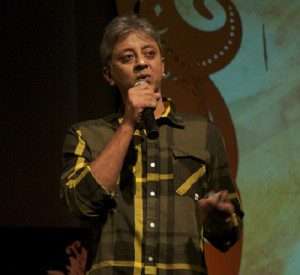