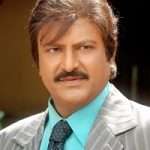 Telugu actor Mohan Babu was born on 19th March 1952 in Modhugulapalem village, Chittoor District, Andhra Pradesh state. He attended primary school, Yerpedu village, S.P.J.N.M High School, Tirupati and YMCA College of Physical Education, Chennai. He attended Madras Film Institute before making his entry to films. Since from his childhood days he had great interest in dramas and cinemas, he used to take part in school plays.

After completion of his education he started his career as Physical Education Instructor fro few years. Mohan Babu later took movies seriously and moved to Chennai searching for opportunities. In 1969 he started his film career as an assistant director to Lakshmi Deepak. After working few years behind the camera he made his film debut with Kannavari Kalalu in 1974. His first blockbuster hit was Swargam Narakam co-starring Annapoorna, Jayalakshmi and Dasari Narayana Rao. He subsequently appeared in numerous commercial hits during his career spread over more than four decades.

He ventured into film production with his own production house named Sree Lakshmi Prasanna Pictures in 1982. His notable film was Major Chandrakanth starring N.T. Rama Rao in 1993, which marked the last film of his career.

He joined Telugu Desam Party of N.T. Rama Rao in 1982. He was nominated for Rajya Sabha and served six years tenure working hard to improve the basic infrastructure of Chittoor. But later he left TDP and his political career ended there. But there are still rumors that he is going to come back to politics with his own party.

During his four decades career he appeared in more than five hundred movies and was honoured with Padma Shri in 2007 considering his contribution to Arts and education.

He was born to Manchu Narayanaswamy Naidu, a headmaster and Manchu Lakshmamma. 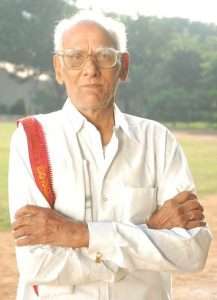 He has younger sister named Vijaya.

He was married to Manchu Vidya Devi and the couple gave birth to a son named Manchu Vishnu and a daughter named Manchu Lakshmi Prasanna, both are actors. 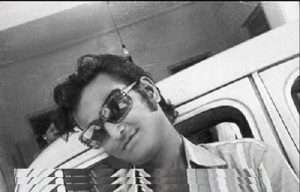