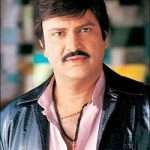 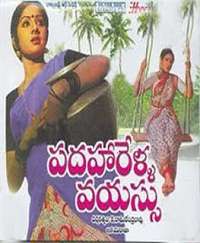 Padaharella Vayasu was directed by K. Raghavendra Rao and co-starred Chandra Mohan, Sridevi and Nirmalamma. Film was made with budget of INR 10.5 lakh rupees and earned INR 16 lakh rupees at box office. Film completed hundred days run in all the centers. Film was remake of Tamil blockbuster 16 Vayathinile released in 1977 starring Kamal Hassan and Rajinikanth. Film tells the story of young girl who has an ambition of becoming teacher, but falls in love with a young rich man who comes to the village. But he dumps her for refusing to have sex. Subsequently her mother dies hearing the news of her affair. Her distant cousin loves her but hides her feelings and there is a villain who also has eyes on her.

Driver Ramudu was directed by K. Raghavendra Rao and co-starred NTR Sr., Jayasudha, Roja Ramani and Kaikala Satyanarayana. Movie was a huge blockbuster hit celebrating a 100-day run at 14 centres of the state, it was remade in Tamil as Lorry Driver Rajakannu. Film tells the story of lorry driver who loves his sister very much. He falls in love with a girl who owns a hotel on the highway. Villain falsely implicates the hero in smuggling case and sends him to jail. Rest of the story is about how he proves his innocence.

Guru was directed by I. V. Sasi and co-starred Kamal Haasan, Sridevi, Muthuraman and M. N. Nambiar. Film earned INR1.26 crore at box office and turned out to be a blockbuster hit of the year. Movie celebrated 365 days run in Andra Pradesh. Film starts with the background of British rule in India. Young freedom fighter sets a bomb on British train to kill British officers. But his father himself is a supporter of British rule and helps the police to arrest him, but his wife helps him to escape from police.

Premabhishekam was directed by Dasari Narayana Rao and co-starred A.N.R, Sridevi and Jayasudha. Film was a huge commercial hit and celebrated 100 days in 30 centres of Andra. Due to its success it was remade in Tamil as Vazhvey Maayam.

Srinivasa Kalyanam was directed by Kodi Ramakrishna and co-starred Venkatesh, Bhanupriya and Gouthami. Film tells the story of young man who lost his parents during his childhood days. He along with his sister stayed with his drunkand uncle but later escaped from there with the help of his cousin. He started his new life as newspaper delivery guy and starts his own dance school. He falls in love with a girl and fights the antagonist to get his girl.

Varasudochhadu was directed by A. Mohan Gandhi and co-starred Venkatesh, Suhasini, Gollapudi Maruthi Rao and Kota Srinivasa Rao. Film tells the story of young man who meets a friend in a hospital. His friend was dying of a disease and he tells hero about his previous life. His friend is a son of very rich landlord and he accidentally killed his friend and left his home in guild. Hero tells him to go back to village before dying but he insisted hero to go in his place. Hero goes to the village and fights the relatives who were eyeing on his property. Finally the people know the truth and still accept him as their own son.

Brahma Puthrudu was directed by Dasari Narayana Rao and co-starred Venkatesh, Rajani and Jayasudha. Film tells the story of young girl who is in search of his father and she meets a young man who is kind hearted person who helps others. Girl’s mother is mentally imbalanced and became pregnant under strange circumstances. Doctors told that she gains her sanity if she sees the father of her child. Rest of the story is how both of them fall in love during their search of parents.

Murali Krishnudu was directed by Kodi Ramakrishna and co-starred Akkineni Nagarjuna and Rajani. Film was a commercial hit.

Khaidi No.786 was directed by Vijaya Bapineedu and co-starred Chiranjeevi, Bhanupriya, Suthi Velu and Nutan Prasad. Film tells the story of young music master falling love with daughter of rich landlord. Heroine falsely accuses him of attempting to rape but she feels sorry for her behavior subsequently. Girl’s father disapproves their love and tries to kill him by sending a goon after him. Hero beats the goon and warns the antagonist but antagonist kills goon and frames the hero for murder. Rest of the story is about how he proves his innocence.

Kondaveeti Donga was directed by A. Kodandarami Reddy and co-starred Chiranjeevi, Sharada, Vijayashanti, Radha, Rao Gopal Rao and Amrish Puri. Film tells the story of young man who returned to his beloved village after completion of his higher studies. He finds out that his village men are cheated by evil local landlord and inspires village men to take legal action against him. Local landlord is a influential person and villagers’ efforts fail in vain. Hero loses all hops in justice system and decides to take revenge by himself. He disguises himself as a rebel and punishes the villain.

Coolie No. 1 was directed by K. Raghavendra Rao and co-starred Venkatesh, Tabu, Brahmanandam and Kota Srinivasa Rao. Movie was a huge commercial hit and was dubbed into Tamil. 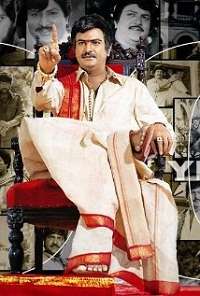 Pedarayudu was directed by Ravi Raja Pinisetty and co-starred Soundarya, Rajinikanth and Bhanupriya. Film is a Remake Tamil super hit Nattamai. Film tells the story of village leader who give justice to all villagers after hearing both parties. He has a younger brother and a sister who respect him a lot because of his character. Rest of the story is about how he solves the upcoming problems.

Annamayya was directed by K. Raghavendra Rao and co-starred Akkineni Nagarjuna, Suman, Ramya Krishnan, Roja and Kasturi. Movie was a commercial hit and celebrated 100 day run in 42 centres of the state. Film tells the story of ardent devotee of Lord Vishnu who listens to the prayers of his devotee. He sends his sword to the earth to born in childless house.

Yamadonga was directed by S.S. Rajamouli and co-starred Jr. NTR, Priyamani, Mamta Mohandas and Kushboo. Film was made with budget of INR245 million and earned INR420 million at box office, film celebrated 100-day run in 92 centres of Andra Pradesh. Film tells the story of petty thief who is ready to do anything for quick bucks. He comes to know that a rich girl is missing and he decides to handover her to villains for money. But he was cheated by villains and killed, rest of the story is how he comes back to earth from Yamaloka to completed his unfinished business.

Rowdy was directed by Ram Gopal Varma and co-starred Vishnu Manchu, Jayasudha, Tanikella Bharani and Shanvi Srivastav. Film earned INR33 crore at box office. Film starts with the a scene where young man saves the daughter of village don who gives justice to his people. Local don is very influential person in the region who is considered as god, he faces corrupt politicians who want to make billions through a project which destroys 34 villages completely.