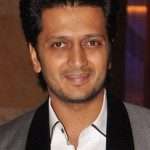 His father Vilasrao Dagadojirao Deshmukh was born on 26th May 1945. He was a Rajya Sabha Member, Union Minister and two time Chief Minister of Maharashtra. He died on 14th Aug 2012 due to multiple organ failure. 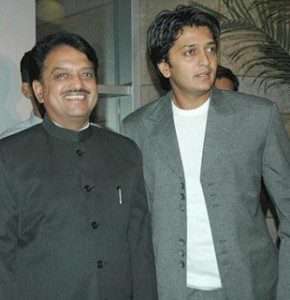 His mother Vaishalitai Deshmukh is a home maker. 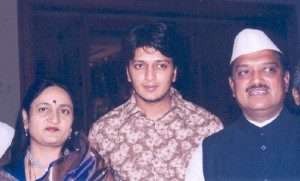 His brother Amit Deshmukh born on 21th March 1976 in Latur, he is the eldest son of Vilasrao Deshmukh. He attended Thadomal Shahani Engineering College, Mumbai. He is an Indian politician following his father’s footsteps. 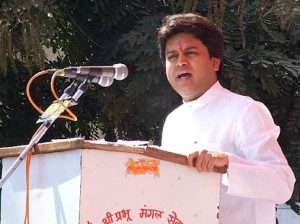 Dheeraj V. Deshmukh is the youngest son of Vilasrao Deshmukh and he is a politician. 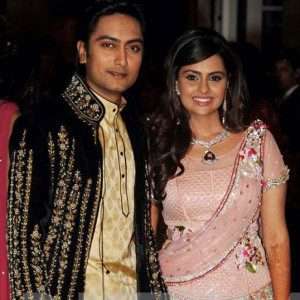 His wife Genelia D’Souza was born on 5th Aug 1987 in Mumbai to Neil D’Souza, senior in Tata Consultancy Services and Jeanette D’Souza, former director of a MNC. Genelia has an younger brother named Nigel D’Souza, who works in Bombay Stock Exchange. Genelia attended Apostolic Carmel High School and St. Andrew’s College in Bandra. She was a national level football player during her college days. She dated Riteish Deshmukh for years before getting married on 3rd Feb 2012. 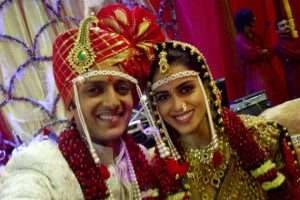