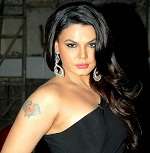 Rakhi Sawant was born on 25th November 1978. Her birth name is Neeru Bheda. She did her schooling from Goklibai High School in Vile Parle. She attended Mithibai College, Mumbai. She is a very religious person and whenever she feels down she gains her inner strength from Lord Jesus Christ and Bible.

She made her Bollywood debut through Agnnichakr under the screen name of Ruhi Sawant. She subsequently appeared in several low budget films in small roles. She gained popularity after appearing in first season of television reality show Bigg Boss and surprisingly lasted more than critics expected. She again hit the headlines of tabloids when she chose her life partner through television show Rakhi Ka Swayamwar in 2009 but later the couple broke up citing differences.

She founded her own political party named Rashtriya Aam Party on 28th March 2014, she contested from Mumbai North-West Constituency and got only 2006 votes making her to lose the deposit. She subsequently joined RPI and serves as president of woman wing.

She was born to Jaya Bheda from her previous marriage. Jaya Bheda subsequently married Anand Sawant and gave her children his last name. Her father Anand Sawant served as a police officer at Worli Police Station. He passed away on 15th May 2012 due to long illness. 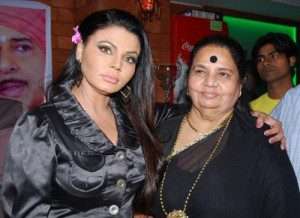 She has a brother named Rakesh Sawant, Bollywood film director. 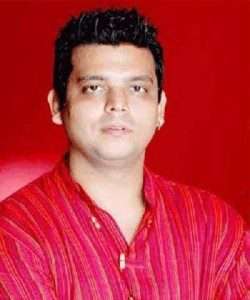 She has a sister named Usha Sawant, an actress.