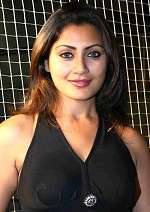 Rimi Sen was born on 21st September 1981 in Kolkata, West Bengal state. Her birth name is Shubhomitra Sen and recently she is using screen name of Rimmi. She attended Bidya Bharati Girls’ High School and earned Bachelor’s degree in Commerce from Calcutta University. Since from her childhood days she was dreaming about Bollywood career and after completion of her degree she went to Mumbai to pursue her dreams. Though nobody encouraged her film career in her family her grandfather stood by her side all the time. She is a well trained Odissi dancer who learnt under Guru Aloka Kanungo.