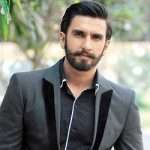 Band Baaja Baaraat was directed by Maneesh Sharma and co-starred Anushka Sharma, Manu Rishi and Puru Chibber. Film was made with budget of INR80 million and earned INR233 million at box office. Film tells the story of an intelligent and carefree guy. He meets a beautiful girl in a wedding which he attended for free food, he pretends like a film maker and starts to flirt with her. His parents are forcing him to take care of his family business but he wants to spend more time with her and they start marriage business with a strict rule that they must never develop feelings for each other. The couple fall for each other and they never tell their feelings to each other because of their rule, now the girl is about to marry a guy.

Ladies vs Ricky Bahl was directed by Maneesh Sharma and co-starred Parineeti Chopra, Anushka Sharma, Dipannita Sharma and Aditi Sharma. Film was made with budget of INR200 million and earned INR370 million at box office. Film tells the story if about a con-artist who cheats people for living. At the beginning he pretends to be is in love with daughter of rich businessman. He convinces his lover that he has huge ancestral property and needs her father help to settle tenant dispute. Hero successfully sells his property to her father for a low price and subsequently they come to know that he is a con artist and it is his fake identity and fake property.

Goliyon Ki Raasleela: Ram-Leela was directed by Sanjay Leela Bhansali and co-starred Deepika Padukone, Supriya Pathak Kapur and Richa Chadda. Film was a blockbuster hit and earned INR202 crore at box office. Film tells the story of two clans fighting against each other centuries. Protagonist wants to settle the dispute and meddles in their way saving his opposite clan leader from his own people. While celebrating Holi festival hero goes to opposite leader’s house and flirts with his daughter, rest of the story is about their love affair against their elders.

Gunday was directed by Ali Abbas Zafar and co-starred Arjun Kapoor, Priyanka Chopra and Irrfan Khan. Film was a huge commercial hit and earned INR1.20 billion at box office. Film tells the story of two childhood friends growing together. When they were kids they were recruited by a local smuggler to smuggle guns and ammunitions inside India. One day a corrupt army officer wants to use these kids as sex slaves and they overheard them and run from the place. Kids start their life working in a small restaurant and quit after getting into a fight with owner. They start to loot the coal on train and sell it in local market for lower price. Rest of the story is how they become the biggest gangsters of the city.