Shreyas Talpade was born on 27th January 1976 in Mumbai, Maharashtra state. He did his schooling at Shree Ram Welfare Society’s High School, Andheri-West. He started his acting career with Marathi soap operas. He gained recognition after appearing in lead role in TV serial Woh aired on Zee Tv in 1997. He gained popularity after appearing in Marathi serial “Damini” playing the role of Tejas. His role, in a very popular Marathi serial “Damini”, as the character Tejas was very popular among Marathi audiences

Shreyas Talpade is married to Deepti Talpade, a psychiatrist and the couple gave birth to a daughter. He met his wife when he visited her college as a celebrity and she was the general secretary at college. 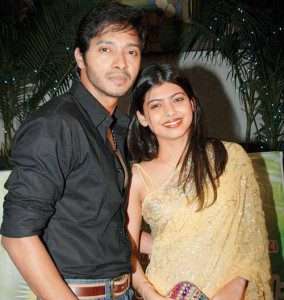