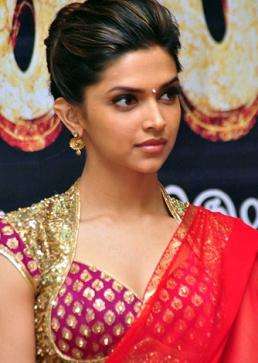 *    Deepika Padukone was born on 5th Jan 1986 in Copenhagen, Denmark, after her birth her family moved to Bangalore, India.

*    Though she played badminton representing her school in state level she didn’t pursue it as a career.

*     Deepika started her career as fashion model while she was in college. She worked for many prestigious brands like Liril, Dabur, Close-Up, Limca, Kingfisher, Levi Strauss etc. She won “Female Model of the Year” & “Fresh Face of the Year” in 2006.

*     In 2006 she made her acting debut with Kannada film “Aishwarya” alongside Upendra, the film did moderately well at the box office. Her next film “Om Shanti Om” alongside Shahrukh Khan was blockbuster hit of the year in Bollywood, she gained stardom overnight after the release of Om Shanti Om. Her performance was appreciated by the critics and she won “Filmfare Best Female Debut Award” for her role in Om Shanti Om.

*  After his blockbuster Om Shanti Om she was flooded with offers in Bollywood, she later worked for major films like Bachna Ae Haseeno, Love Aaj Kal, Housefull, Aarakshan, Cocktail etc.

*    She entered Tamil films with “Kochadaiyaan” alongside Kollywood legend Rajnikanth in 2013, the film is directed by Rajnikanth’s daughter Soundarya Rajnikanth.

*   As part of her contribution to society adopted ‘Ambegaon’ village in Maharashtra, which is experiencing power crisis.

*    Deepika had the opportunity of walking the red carpet at Cannes Film Festival 2010.

*    Deepika dated her co-star from Bachna Ae Haseeno Ranbir Kapoor from 2008 to 2009. After breaking up with Ranbir she started relationship with Siddharth Mallya but the couple broke up in 2012.

“I am not very comfortable about dancing at weddings and new year parties. Maybe it’s because of the way I have been brought up; I wouldn’t want my family to feel that cringe moment. Dance is an art for me.”

“I am really lucky that every thing fell in place perfectly in my very first step to Bollywood. Of course I will always remain indebted to director Farah Khan and Shahrukh for considering me for the film.”

“Ash is someone I definitely look up to. She is someone I’ve really learnt a lot from and I used to watch her endorsements, her films and her modeling career right from the time she started off when I was very little and young. I also remember watching her when she won the Miss World. If my career goes the same way as Aishwarya’s, it’s going to be a huge compliment for me.”

“I don’t consider myself a celebrity, I believe that I’ve had a fantastic up bringing and I believe my parents have kept me really grounded and rooted and my family keeps me rooted. And I hope that success never gets to me.”