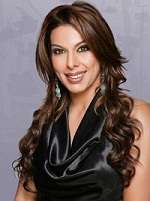 Pooja Bedi was born on 11th May 1970 in Mumbai, Maharashtra state. She did her schooling at Besant Montessori, Mumbai and Lawrence School, Sanawar. During her school days she used play for basketball team, debating team, hockey team, swimming team and theatre group. She was a topper at her school academically.

She was born to Kabir Bedi, international film star and Protima Bedi, late Indian classical dancer. Her mother was killed in a landslide on the Himalayas in 1998.

She had a brother named Siddharth, who attended Carnegie Mellon University in the USA. Siddharth committed suicide in 1997 at the age of 26.