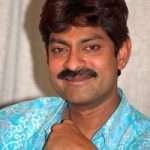 During his decades span career he won seven Nandi Awards and Filmfare Award. Considering his contribution to films he was honoured with Kala Bhushana Award by TSR Lalitha kala Parishat.

His father V. B. Rajendra Prasad is a noted film producer and director. He won one National Award for his movie Antastulu in 1965.

He is married to Lakshmi and the couple gave birth to daughter named Meghana.