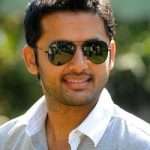 Jayam was directed by Teja and co-starred Sadha, Gopichand, Suman Setty and Shakeela. It was Nithin’s debut film and was a huge blockbuster hit at boxoffice. Film was made with budget of INR10 million and earned INR160 million at box office. Film tells the story of college boy falling in love with a girl who was already engaged to her cousin from her childhood days. Her parents decided her marriage with cousin when they were kids. But her cousin is a bad guy with his own henchmen. When their parents come to know about her love story they decide to marry her with cousin as soon as possible. On her marriage day she elopes with her boy friend but they were chased by antagonist and finally defeated by the hero.

Dil was directed by V.V. Vinayak and co-starred Neha, Prakash Raj, Kalpana and Venu Madhav. Film was a huge blockbuster hit and successfully completed 50 days in 91 centres of state. Film was made with the budget of INR2.5crores and grossed INR11crores at box office. Due to its success it was remade in Tamil as Kuththu released in 2004. Film tells the story of two college students falling in love. Girl’s father is a rich and boy is from a poor family. When girl’s father comes to know about their love he beats up the guy with his henchmen. Guy challenges to win girl’s love and finally she too falls in love with him.

Sye was directed by S.S. Rajamouli and co-starred Genelia D’Souza, Shashank, Pradeep Rawat and Nassar. Film was a commercial hit and completed 365-days in 1 center. Film was made with budget of INR8 crore and grossed INR12 crore at box office. Film tells the story of two college students winning their college land back from land mafia people. Both students were very competitors in rugby game trying to beat each other, but when they come to know about their college land is to be grabbed by a greedy land mafia they stand together to defeat opposite team in rugby.

Ishq was directed by Vikram Kumar and co-starred Nithya Menen, Sindhu Tolani and Ajay. Film was made with budget of INR8.8 crores and grossed 14.2 crores at box office. Film celebrated 100 days run in 11 centres of state and declared super hit. Film tells the story of young man falling in love with a girl , her brother was beaten up by him when he behaved badly with her. Now the beaten up guy develops hatredness for the guy and restricts his sister, he hires a local goon to kill him. Film ends in guy winning the heart of her family members.

Gunde Jaari Gallanthayyinde was directed by Vijay Kumar Konda and co-starred Nithya Menen, Isha Talwar, Jwala Gutta and Ali. Film was made with budget of INR 8.2 crores and earned INR25 croresat box office becoming the biggest hit of his career. Film celebrated 100 days run in 18 centres of the state. Film tells the story of young techi falling love with a girl at wedding. He gets her number and calls her to gain her friendship. But by mistake he was calling a rich girl who was dreaming of a nice guy who wants marry her for herself and not for her money. But the girl whom he saw at wedding has a boy friend and he starts to doubt her.

Heart Attack was directed by Puri Jagannadh and co-starred Adah Sharma, Prakash Raj, Brahmanandam and Ajaz Khan. Film was made with the budget of INR16 crore and grossed INR30 crore at box office, becoming second biggest hit the year. Film tells the story of young man who doesn’t believe in relationships. He falls in love with a girl in Spain and pretends to have Heart Attack to get her attention. The girl came to Spain to convince her friend’s parents for accepting their daughter love. Hero was in need of money and he was offered large amount if he could save rich man’s daughter who was kidnapped and drugged by slave traders.