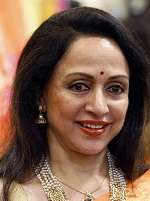 Hema Malini was born on 16th October 1948 into Iyengar family in Ammankudi, Tamil Nadu state. She did her schooling at Andhra Mahila Sabha in Chennai, but she discontinued her education without completing her matriculation.

Apart from films she is also involved in active politics; she entered politics as members of Rajya Sabha in 2003 to 2009. She joined BJP officially in 2004 and was elected as general secretary of BJP in 2010. She contested in 2014 General Elections from Mathura Lok Sabha constituency and won the election by sweeping margin of 3,30,743 Votes.

Considering her contribution to films she was honoured with “The Padma Shri Award” by the Government of India in 2000. Sir Padampat Singhania University conferred an Honorary Doctorate on Malini 2012. 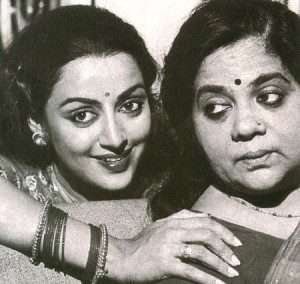 She has two elder brothers named Kannan and Ragunath.

Hema Malini fell in love with Bollywood super star Dharmendra during the filming of Sholay. The couple converted to Islam and changed their names to Aisha Bi R. Chakravarty and Dilawar Khan. They got married on August 21, 1979. The couple together appeared in several films like Seeta Aur Geeta, Dreamgirl, The Burning Train etc. 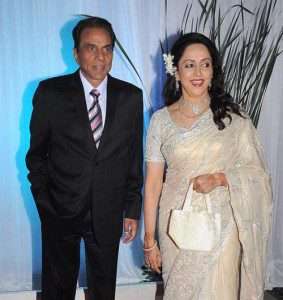 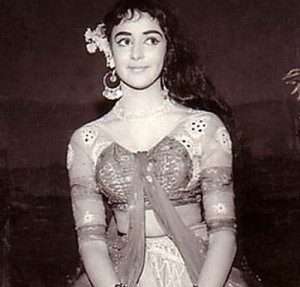 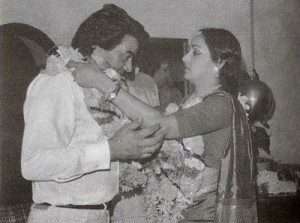 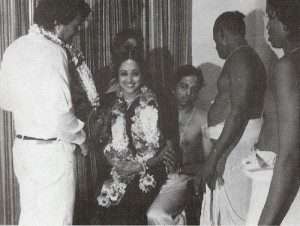