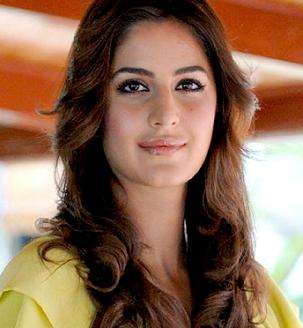 *   Her birthname is Katrina Turquotte.

*   Katrina’s father Mohammed Kaif is a Kashmiri Indian & her mother Susanna Turquotte is a British citizen, hence katrina has British citizenship and working in India on her employment visa. After coming to India Katrina changed her surname to kaif since her father was Mohammed Kaif.

*   When she was a kid her parents got divorce and her mother Susanna Turquotte raised Katrina and other seven children on her own.

*   During her childhood days Katrina traveled all over the globe with her mother, her family first moved from Hong Kong to China, later to Japan, France, Switzerland, Poland, Germany, Belgium, Hawaii and finally to England. Since her mother tongue was English she was unable to do dubbing for her initial films but later she improved her Hindi very quickly and started to dub her own voice after film “New York” in 2009.

*   When she was in London she walked on “London Fashion Week” and there she was spotted by director Kaizad Gustad and offered her lead role in his film Boom in 2003, it was her debut film in Bollywood.

*   Katrina Kaif dated Bollywood hunk Salman Khan for several years and they broke up in 2010.

“Personally I do not think that I am hot and sexy. I try not to disappoint the audiences who come to watch me in my film. To click in Bollywood, besides the fact that you have to have talent in an abundant measure, you should also have your own appeal. You should have something special. Every actress has her own plus point to woo the audiences.”

“My basic food habits are non-oily and non-spicy food. I try and work out as much as possible, but that’s not always possible. I drink as much water as possible, that’s still the best therapy!”

“It becomes easier to handle controversies when you are a part of the film industry. I just take them with a smile.”

“Indian cinema has a bright future. The movie goers will soon shift to offbeat from commercial cinema. At present, there are hardly ten or fifteen persons in theaters watching offbeat movies. Hopefully, the scenario will change fast.”

“I do not like controversies though fortunately or unfortunately, controversy has become my middle name in the industry, whether I want it or not. I agree to dance to a number only after I listen to it and I am convinced that it is catchy, foot -tapping and easy to the ear.”