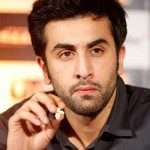 Bachna Ae Haseeno was directed by Siddharth Anand and co-starred Deepika Padukone, Bipasha Basu and Minissha Lamba. Film was made with budget of INR18 crore and earned INR62.5 crore at box office. Film tells the story of a young man who falls into love with three girls during his life in different ages. During his Europe trip protagonist falls in love with a girl who has very romantic idea inspired from film Dilwale Dulhania Le Jayenge. But she breaks up with him after hearing that he is just playing with her feelings. He next falls in love with a fashion model but leaves her when he comes to know that she is really serious about their marriage. Subsequently he falls in love with the third girl where he finds his true love.

Wake Up Sid was directed by Ayan Mukerji and co-starred Konkona Sen Sharma, Anupam Kher and Supriya Pathak. Film was made with budget of INR150 million and earned INR461 million at box office. Film tells the story of a rich college student who is never serious about his studies and always spends a carefree life with friends. He meets an aspiring writer in Mumbai and he helps her to find job, apartment etc he develops feelings for her but she never took him seriously. But when his exam results come out he is failed in the exam and his father kicks him out of his house. Having no other option he goes to the writer and stays there. But he hasn’t learnt anything in life, he couldn’t prepare food, can’t clean house etc and she starts to teach him the lessons of life.

Ajab Prem Ki Ghazab Kahani was directed by Rajkumar Santoshi and co-starred Katrina Kaif and Upen Patel. Film was made with budget of INR250 million and earned INR966.3 million at box office. Film tells the story of young guy falling in love with a girl who stammers when she is too emotional. But she is in love with her college friend and has no feelings for him. But when she plans to elope with her boyfriend he doesn’t show up. Rest of the story is about what happens to the couple subsequently.

Raajneeti was directed by Prakash Jha and co-starred Ajay Devgan, Katrina Kaif, Nana Patekar, Arjun Rampal and Manoj Bajpayee. Film was made with budget of INR60 crore and earned INR143.11 crore at box office. Film tells the story of political rivalry between families. It has resemblance to characters of epic Mahabharata like Krishna, Arjuna, Bheema, Duryodhana and Karna.

Rockstar was directed by Imtiaz Ali and co-starred Nargis Fakhri, Shammi Kapoor and Moufid Aziz. Film was made with budget of INR600 million and earned INR1.08 billion at box office. Film tells the story of young successful rockstar from India. In flashback it was shown that he is a College student who always dreams about becoming a rockstar but as an inspiration for his work he needs heartbreak. Rest of the story is about his girl friend and he following his dream career.

Barfi! was directed by Anurag Basu and co-starred Priyanka Chopra, Ileana D’Cruz, Ashish Vidyarthi, Saurabh Shukla and Roopa Ganguly. Film was made with budget of INR30 crore and earned INR175 crore at box office. Film tells the story of young man who is deaf mute by birth. He is a motherless boy and his father raised him alone working as a chauffeur. Protagonist is an optimistic and infamous for his practical jokes in the locality. He falls in love with a girl who is already engaged to a guy and to be married in just 3 months. But she leaves him and marries her lover. His father falls ill and to pay hospital bills protagonist decides to kidnap rich girl. Rest of the story is about their journey of life.

Yeh Jawaani Hai Deewani was directed by Ayan Mukerji and co-starred Deepika Padukone, Aditya Roy Kapur and Kalki Koechlin. Film was made with budget of INR500 million and earned INR3.11 billion at box office. Film tells the story of a couple falling in love with each other after a very long time gap. Heroine is a very intelligent girl and always busy with her studies having not time for friends and entertainment. Hero is a carefree guy who is very popular in his college for his charming personality. During their college they never talk to each other but after long time they meet and go on a tour where they fall in love. He is very busy with his career and no plan to settle easily, she wants to settle in life.