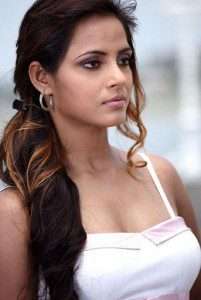 *    She has a brother Nitin Chandra who directed her Bhojpuri film Deswa in 2011.

*    She attended Notre Dame Academy in Patna and IP College in Delhi.

*    Neetu started her modeling career during her college days itself and worked for numerous advertisements & videos.

*    She is very well trained in martial arts and holds black belts in Taekwondo, she even represented India in World Taekwondo Championships held in Hong Kong in 1997.

*    She made her Bollywood film debut with Garam Masala in 2005 alongside John Abraham and Akshay Kumar.

*    She ventured into film productions with a Bhojpuri film Deswa in 2011.

*    She worked for a music video called “Rasiya Saajan” with Zubeen Garg.

*    She is a Member of “International Film And Television Club”.

*    7Seas Tech company launched a new mobile game called “Neetu — The Alien Killer” in 2008 with Neetu Chandra as a lead.

*    During her film career she worked for successful films like Garam Masala in 2005, Godavari in 2006 opposite Kamalinee Mukherjee and Sumanth, Traffic Signal in 2007 alongside Konkona Sen Sharma and Kunal Khemu, One Two Three in 2008 opposite Suniel Shetty and Tusshar Kapoor, Summer 2007 with Yuvika Chaudhary and Sikandar Kher, Yavarum Nalam in 2009 alongside R. Madhavan and Sachin Khedekar, Theeradha Vilaiyattu Pillai in 2010 opposite Vishal Krishna, Tanushree Dutta and Sarah-Jane Dias, Yuddham Sei in 2011 opposite Dipa Shah and Cheran, Settai in 2013 opposite Arya, Hansika Motwani and Anjali.

“I am not an IPL buff. Not a cricket buff either. I watch it because my brother watches it, but I don’t rigorously follow it. I feel like other sports in India are not supported well and cricket steals the limelight. Even the national game is not supported as much as cricket. I just don’t like the game much, cricket, but I do like other games like basketball.”

“I must say here that whatever I am today, at least 90% credit for that must go to her. Though I come from a family of educated people, the kind of cultural background I come from, it was not easy to convince my family about my decision to join the glamour.”

“I am the same girl who gets up and does her yoga; makes tea for her mother and screams at her brother for any wrong that he does. So, life has been normal for me. I am the same Neetu for my friends who have known me before I entered into the film industry. I hope that stardom does not enter into my head as I want to be known as a good individual and a good actress.”

“I eat a balanced diet, drink loads of water and do balanced exercise.”