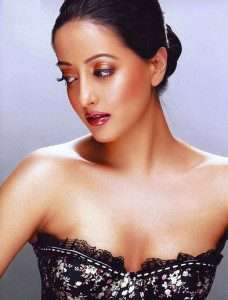 She has an elder sister named Riya Sen who is also an actress.

She is the granddaughter of Bollywood actress Suchitra Sen, she is related to princess Ila Devi of Cooch Behar and Gayatri Devi of Jaipur.

Raima Sen made her Bollywood debut with Godmother in 1999 opposite Milind Gunaji and Shabana Azmi.

“But if a script comes to me and if it’s really a very, very good script and the role demands, then it’s okay wearing a bikini.”

“I am fed up of doing serious roles and I was looking for something in which I could play my age. And this film proved to be good for me. I mean to say that I am not bored of doing serious roles but people have set one thing in their mind that Raima can do only one type of role. So I want to change the view of the audiences.”

“I’ve come up the hard way and know what it takes to reach where I’ve reached. Anyway, I must admit that the media has been very kind to me so far. I haven’t been at the receiving end of any negative publicity or salacious gossip!”