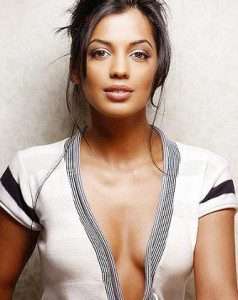 *  Mugdha has a Bachelors degree in commerce from “Marathwada Mitra Mandal College of Commerce” in Pune.

*    She developed interest for fashion started to participate in local beauty contests, she won the prestigious “Gladrags Mega Model Hunt” in 2002 and later she took part in Femina Miss India in 2004 and returned as a semi-finalist.

*      After Femina Miss India contest she got numerous offers for modeling among them notable are Close-Up and Airtel commercial with Shah Rukh Khan.

*      Her acting debut was with Fashion in 2008 opposite Kangana Ranaut and Priyanka Chopra, she earned nomination for Filmfare Award for Best Female Debut for her performance in the film.

“I love the fact that I can go after my work at late night and workout. Besides, I rarely sleep before 3 am, so it’s not that bad. There is no crowd and it feels great as I can concentrate more and do what I want!”

“I have been fortunate that I got a very warm welcome to the industry and have been offered some very good projects and my co-stars in all the films have been great to work with. Now, I have to make sure that I work hard and come up with some good performances to stay here for a longer period.”

“I love Italian wines, I think they are very full-bodied zesty at the same time very light. My favorite would be one of their whites – Marenco Scrapona Moscato D’Asti.”