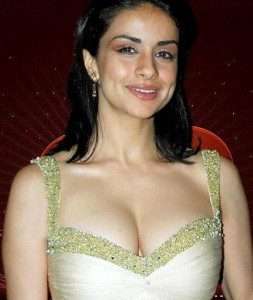 *    Panag’s father was serving in Indian army when she was born hence she had the opportunity of visiting several places across the nation.

*    She attended 14 different schools all over India including Kendriya Vidyalayas, The Lawrence School, Tamil Nadu and International School of Lusaka in Zambia.

*    While in college she had great interest in public speaking and won several debate competitions at national level.

*    Panag started her acting career with Bollywood film Dhoop in 2003 alongside Om Puri and Revathi.

*    She dated Rishi Attari several years before marrying him on 13th March 2011 in Chandigarh according to Sikh ceremony.

*    She actively took part in ‘Delhi Half Marathon’ held in 2010, unfortunately she was a victim of eve teasing from a male runners in the marathon. Panag later stated that Delhi isn’t safe for women and need to change.

“I was never ever the sari clad one. It’s important to not confuse what I play on screen with the real Gul. I have always been this way, it’s the way people look at me that’s changed.”

“The secret of a successful marriage is the meeting of two minds. Physical intimacy is a necessity in a relationship but if the minds don’t meet, the relationship is in a tough situation. People who marry for physical passion face the music at some point of time because the physicality is going to fizzle out sooner or later.”

“I am what I am only because of my father’s career in the Indian army. It has instilled in me a sense of self discipline, commitment and a very strong value system. Above all, due to constantly being on the move, I am able to adjust to almost all situations.”

“Books are an integral part of my life. There is no end to the influence they’ve had so far and continue to have on me. I think reading truly broadens one’s horizons.”