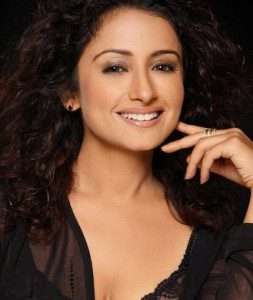 *    Both her mother and father are doctors. She has a younger brother who is serving as a doctor.

*    She gained popularity after working for Shaheed-E-Mohabbat in 1999.

*    Apart from Bollywood films she also works for Punjabi films. She also appeared in 2 international films.

*    She worked for a music video named “Romeo” in 2001 which was produced by London based entertainment company ‘Basement Jaxx’.

*    During her lengthy career Dutta worked for successful films like Agni Sakshi in 1996 alongside Jackie Shroff, Manisha Koirala and Nana Patekar, Bade Miyan Chote Miyan in 1998 with Govinda and Amitabh Bachchan, Joggers’ Park in 2003 opposite Perizaad Zorabian and Victor Bannerjee, Baghban in 2003 opposite Salman Khan, Hema Malini and Amitabh Bachchan, LOC Kargil in 2003, Agnipankh in 2004 alongside Rahul Dev, Jimmy Shergill and Richa Pallod, Veer-Zaara in 2004 opposite Shahrukh Khan, Rani Mukerji and Preity Zinta, Murder in 2004 alongside Mallika Sherawat, Ashmit Patel and Emraan Hashmi, Netaji Subhas Chandra Bose in 2004, Apne in 2007 opposite Sunny Deol, Dharmendra and Bobby Deol, Welcome to Sajjanpur in 2008 with Amrita Rao, Shreyas Talpade and Kunal Kapoor, Special 26 in 2013.

“I’m a hyperactive person and even think while I’m sleeping. I’ve started doing Yoga and meditation to calm myself and can say that I’m finally at peace.”

“From within I will always be a child woman. I will continue being so even when I am 60 or 70, so I think that child in you should never die, ‘coz that’s what keeps you rooted. When I go back home, I am back to being a child woman.”

“I feel I am still a newcomer. I do get nervous and excited whenever I do a film. I like to challenge myself as an actor and hence I will keep doing different kind of roles and not restrict to one particular role or space.”

“I definitely believe that I’m a spiritual person. I connect with myself and believe in a force up there. One’s belief’s and thoughts keep changing with experience and it’s important to be self-aware.”

“I was offered something big on TV. I don’t think TV interests me at all. I guess I get bored,”

“Independence is not just about celebration, but love and respect for your nation, patriots and those who have brought pride to our motherland. Jai Hind!!”

“Films were never thought of as a career. In fact, my mother wanted me to be either an IAS officer or a psychologist. But I was not interested.”