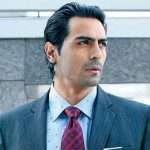 Aankhen was directed by Vipul Amrutlal Shah and co-starred Akshay Kumar, Amitabh Bachchan, Sushmita Sen and Paresh Rawal. Film was a commercial hit and earned INR471.9 million at box office. Film tells the story of hard working man who lost his temper and was fired by the bank. He decides to take revenge against the bank by robbing the bank he worked his whole life. He makes a team of three blind men for the task as nobody will suspect them.

Don was directed by Farhan Akhtar and co-starred Shah Rukh Khan, Priyanka Chopra, Isha Koppikar and Boman Irani. Film was made with budget of INR350 million and earned INR1.05 billion at box office. Film tells the story of Indian police officers chasing the drug mafia lords in Kuala Lumpur as per the request of Malaysian Govt. The mafia don is of Indian origin and he was gunned down by the Indian police but the other criminals behind the crime remain unnoticed. Indian police office plans to replace the don with looking alike person from Mumbai. He personally trains the duplicate don with don’s mannerisms etc. Rest of the story is about the problems he faces in accomplishing it.

Om Shanti Om was directed by Farah Khan and co-starred Shah Rukh Khan, Kirron Kher, Deepika Padukone and Shreyas Talpade. Film is made with budget of INR350 million and earned INR1.49 billion at box office. Film tells the story of junior film artist who dreams about becoming a Bollywood hero. He is madly in love with the heroine of the film but unable to express his love. He subsequently come to know that she is already in love with the superstar of Bollywood and secretly married to him. She tells superstar that she is pregnant with his baby and wants to marry him soon. Superstar pretends to be in love with her and kills her by setting fire to the film set making it look like an accident. But protagonist watches everything and tries to save the actress but was beaten up by goons. Rest of the story is about birth of looking alike actor who inherits protagonist memory and takes revenge with the help of ghost for the murder of heroine.

Housefull was directed by Sajid Khan and co-starred Akshay Kumar, Ritesh Deshmukh, Deepika Padukone, Lara Dutta and Jiah Khan. Film was made with budget of INR450 million and earned INR1.15 billion at box office. Film tells the story of young man who lives with his friend and his wife. Friend’s wife doesn’t like him initially but after knowing his kindness she starts liking him. His friend decides to get him married to the daughter of their casino boss. But after the marriage protagonist’s wife runs away with her old boyfriend. Depressed by this protagonist tries to commit suicide and was saved by the heroine. Rest of the story is about series of lie and comedy scenes created to impress the elders for their marriage.

Ra.One was directed by Anubhav Sinha and co-starred Shahrukh Khan, Kareena Kapoor and Armaan Verma. Film was made with budget of INR1.25 billion and earned INR2.4 billion at box office. Film tells the story of game designer who created a new game based on motion sensor. There are two characters in the film protagonist G.One and antagonist Ra.One. Antagonist is more powerful than the protagonist in the film, he escapes from game’s virtual world and enters the real world to kill the son of game developer’s son who is the only one to defeat the antagonist.

Heroine was directed by Madhur Bhandarkar and co-starred Kareena Kapoor Khan, Randeep Hooda and Shahana Goswami. Film was made with budget of INR230 million and earned INR440 million at box office. Film tells the story of successful Bollywood actress whose career starts to lose charm. She is in love with a Bollywood super star who is already married but wants a divorce. But the actress is very possessive and over jealous person, when she involves in a fight with his wife she was thrown out of his car. Rest of the story is about how he she goes into depression and learns lessons of life.