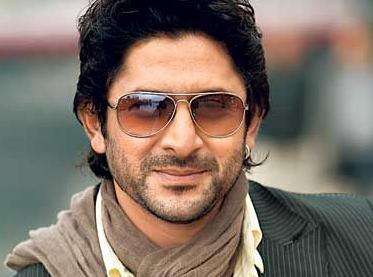 *    He attended Barnes School, Deolali, Maharashtra, during his school days he was a national level gymnast.

*    He was orphaned when he was just 14 years old and he struggled a lot for a livelihood. He started to earn his bread at the age of 17 as a door-to-door salesman for a cosmetic company and later he worked in a photo lab too.

*    Since he had great interest in dancing he was able to join Akbar Sami’s Dance group in Mumbai and took choreography as a career, he also worked for movies like Thikana in 1987, Kaash in 1987, Roop Ki Rani Choron Ka Raja in 1993 etc.

*    When he was 21 he won fourth prize in “World Dance championship, London” in 1992, later he started a dance studio called ‘Awesome’.

*    He made his acting debut with ‘Tere Mere Sapne’ in 1996 alongside Chandrachur Singh and Priya Gill, the film did very well at the box office. His subsequent films failed to impress the box office.

*    His second blockbuster hit was Munnabhai MBBS in 2003 alongside Sanjay Dutt and Gracy Singh, the wenton to become huge commercial hit of the year, he even earned nomination for Filmfare Best Supporting Actor. He later worked for succesful films like Maine Pyaar Kyun Kiya in 2005 alongside Salman Khan, Sushmita Sen and Katrina Kaif, Salaam Namaste in 2005 with Saif Ali Khan and Preity Zinta, Golmaal in 2006 with Ajay Devgan, Kabul Express in 2006 with John Abraham, Lage Raho Munnabhai in 2006 with Sanjay Dutt, Vidya Balan and Boman Irani, Dhamaal in 2007 with Ritesh Deshmukh and Sanjay Dutt, Golmaal Returns in 2008 with Ajay Devgn and Kareena Kapoor.

*    In 2010 decade he appeared in superhits like Ishqiya in 2010 alongside Vidya Balan and Naseeruddin Shah, Golmaal 3 in 2010 with Ajay Devgn and Kareena Kapoor, F.A.L.T.U in 2011 with Riteish Deshmukh and Jackky Bhagnani, Double Dhamaal in 2011 with Sanjay Dutt and Mallika Sherawat.

“I am happy but not contented. In fact no one should be content. There is always room to learn more and more. That’s how every actor grows. I am happy with the kind of roles I am getting. The last few years have been really good and I hope to keep doing good and entertain my audiences.”

“I like doing comedy and I know people enjoy watching me doing comedy. So I have no problem doing it. In fact, I have to do a comedy after two or three serious movies. It’s like a vacation for me.”

“I love choreography, and have been asked to do it in every film. I will do it, but only if I’m dancing. I won’t be comfortable doing it for someone else.”

“It is very tough to be the wife of an actor and my wife Maria had to take a backseat even though she is a good actress. Because it was a deal between us when we got married that one of us had to quit to look after the kids and the onus fell automatically on Maria, for the simple reason that I cannot breast feed my kids and the kids need the mother.”