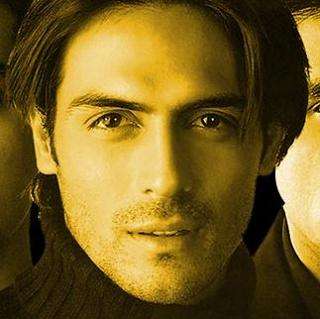 *    Arjun Rampal’s father Amarjeet Rampal is from Sikh community whereas his mother Gwen Rampal is from Dutch ancestry. His mother worked as a teacher at Kodaikanal International School, in Tamil Nadu.

*    Brigadier Gurdayal Singh was his grandfather, he is well known for his contribution to GCF guns factory in Jabalpur, in his memory the factory named a gun after his name ‘Gurdayal Gun’.

*    Rampal made his acting debut with “Pyaar Ishq Aur Mohabbat” in 2001 alongside Sunil Shetty and Kirti Reddy, but the film failed to impress at box office, inspite of that his performance was appreciated by film critics and he won ‘IIFA Award for Star Debut of the Year’ award for his role.

*    Abraham, Mithun Chakraborty and Amisha Patel, Don in 2006 alongside Shahrukh Khan and Priyanka Chopra, Om Shanti Om in 2007 with Shahrukh Khan and Deepika Padukone for which he won “Zee Cine Award for Best Actor in a Negative Role”.

“My mother always used to tell me that there is no substitute to hard work and perseverance. You keep going at it and do not stop. You continue even if you haven’t hit your goal. I think, it’s about sticking to what you’ve always wanted to do, loving it, and giving it that respect and honesty.”

“I wished I would run 400 meters for India. That’s why even though my friends were drinking, I drank for the first time at an age of 21 and not before that as I was training to be an athlete. Well, that didn’t happen but I didn’t touch a drink before my training was over. When I drank I thought ‘My God! Why is it taking so long to get drunk.”

“You don’t change friends like you change clothes. I have formed friendships with people I have worked with. The industry is like a family.”

“I don’t want my career to be like a dice, that you’re rolling it and sometimes a six or a one would come. I should roll the dice in such a way that only six should come. That’s the kind of effort that should go into it and will stay with me for life long.”

“Everyone in the industry knows me and my abilities. I can’t bring myself to go and beg for work. If they feel a role is meant for me they’d come to me. Otherwise it’s their prerogative to go to someone else.”