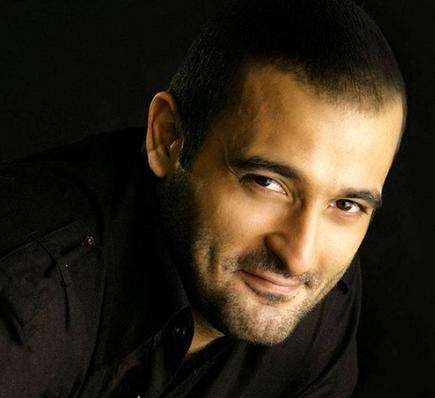 *    His father Vinod Khanna is a noted film actor in Bollywood, he married Geetanjali in 1971 and later Vinod Khanna became disciple of Osho and moved to Rajneeshpuram, United State, due to his long absence his marriage with Geetanjali ended in divorce and in 1990, he married Kavita and they have two children Sakshi and Shraddha.

*    Akshaye Khanna has a elder brother Rahul Khanna who is also an actor, he appeared in films like Elaan, Raqeeb, The Emperor’s Club etc.

*    After completion of his education he took acting seriously and joined Kishore Namit Kapoor Acting Institute in Mumbai to learn acting skills professionally. His debut film was Himalay Putra in 1997 directed by Pankaj Parashar, unfortunately the movie failed at the box office but his performance was appreciated by the people.

*    His subsequent film Border in 1997 was a blockbuster hit and he won Filmfare Best Debut Award for his role. Movies like Aa Ab Laut Chalen alongside Rajesh Khanna, Aishwarya Rai, Taal alongside Aishwarya Rai and Anil Kapoor in 1999 did well at box office.

*    In 2000 decade Akshaye Khanna appeared in several blockbuster hits including Dil Chahta Hai in 2001 alongside Aamir Khan, Saif Ali Khan and Preity Zinta, Humraaz in 2002 with Bobby Deol and Amisha Patel, Hungama in 2003 with Aftab Shivdasani and Paresh Rawal, Hulchul in 2004 with Amrish Puri,Arshad Warsi and Kareena Kapoor,Race in 2008 alongside Saif Ali Khan, Bipasha Basu, Katrina Kaif and Anil Kapoor.

*    In 2010 decade he worked for blockbusters like Tees Maar Khan alongside Akshay Kumar and Katrina Kaif.

“I absolutely believe in live-in relationships. I don’t particularly believe in the institution of marriage. Logically, it doesn’t make sense to me. I don’t believe the law should have anything to do with two people’s lives where you’ve got to sign documents to be together and to separate as well.”

“In my invisible time, I watch a lot of movies, I read a lot, I have friends and family so I spend time with them and I sleep to the fullest. That’s what I enjoy.”

“I’ve no burning ambitious to be remembered. Once I’m gone I’m gone. It doesn’t make a damn difference. It’s not my ambition to leave a legacy behind. It doesn’t matter to me what people think about me when I’m not there.”

“I firmly believe that every person reaches where he deserves to be. What you think, say or do becomes your reality. I’m grateful to be where I am.”

“In fact I am happy the way the audiences have accepted me, the kind of films I have been able to do and remain close to the hearts of my fans. I am still trying to do good job and keep my audiences happy.”

“I cannot say anything about future. However, I may enter into film direction when I don’t have scope for acting. Yes, I am well versed now with the needs for a good and successful film. So, I may try my luck in this area too.”